It’s one of the highest accolades truth-telling fighters against racism and bigotry could hope for. The Zio-cons of the ironically named “Anti-Defamation League” (ADL) have published a list of what the ADL considers to be the 10 “most influential and active anti-Israel groups” operating in the United States, the Times of Israel reports.

The winning truth-tellers, announced on 21 October, are:

The commendation in support of this much-coveted award include being “fixated with delegitimizing Israel” and promoting a truthful “narrative about Israel”. The winners were also commended for being in the forefront of the United States’s anti-Israel establishment.

In a heartening testimonial – which could only generate envy among those left off the list – the ADL said the leaders of the winning groups “speak regularly on college campuses, endeavouring to convince the leaders of tomorrow that Israel is the worst violator of international human rights and should be treated as a pariah”.

According to the ADL, Codepink, a feminist anti-war organization, aims “to reduce US support for Israel and end US-led wars and military campaigns in the Middle East and elsewhere”. It contended that “four of the 12 ‘issues’ listed on its website are about Israel, including a call for BDS [boycott, divestment and sanctions] against Israel and advocacy on ending US aid to Israel”. Well done Codepink!

Friends of Sabeel-North America, a Christian pro-Palestinian group, was commended for advocating a one-state solution and the right of return for all Palestinians, and for “accusing Israel of racism, oppression, and human rights violations while simultaneously promoting BDS campaigns against Israel as punishment for what they allege to be Israel’s apartheid-like policies”. Keep up the good work, Sabeel!

If Americans Knew/Council for the National Interest, two advocacy groups run by Alison Weir, was commended for working “to convince Americans that US policies that are friendly to Israel are damaging to the US from a foreign policy standpoint”. Alison: you are the pride of America!

The Jewish Voice for Peace, in its turn, earned the accolade of being “the largest and most influential Jewish anti-Zionist group in the United States” which uses “Jewish culture and rituals to reassure its own supporters that opposition to Israel not only does not contradict, but is actually consistent with, Jewish values”. We bow in awe of you. Keep it up.

Neturei Karta, an ultra-Orthodox Jewish group opposed to the existence of the state of Israel on religious grounds, was awarded for being “regularly aligned with international anti-Semites, Islamic extremists and groups that advocate violence against Israel,” the ADL said. Neturei Karta, you are the bravest of the brave.

Students for Justice in Palestine, on the other hand, “is almost singularly responsible for on-campus anti-Israel programming,” including Apartheid Week programmes at American educational establishments, the ADL said in its testimonial. The group “paint[s] Israel as an ‘apartheid’ state reminiscent of the regime in South Africa”, it added. We know what you’re up against. Don’t be daunted.

According to the ADL, the US Campaign to End the Israeli Occupation was awarded for its “pressure [on] Congress to stop sending foreign aid to Israel and adopt policies that are less friendly to Israel”. The ADL singled out one of the group’s leaders as saying that by providing Israel with military aid, “US taxpayers are thereby made complicit in Israel’s systematic violation of Palestinian human rights, its military occupation and illegal colonization of Palestinian land, and its apartheid policies toward Palestinians which deny them freedom and self-determination”. Congress is the vipers’ nest. What you’re doing is paramount.

Our heartfelt congratulations to the winners: you are the pride of the United States and the whole world.

At the same time, we cannot hide our disappointment at being left off the list. Our only consolation is that the winners were all US based.

Perhaps Britain’s leading Israel stooges – the Board of Deputies of British Jews, the Zionist Federation, the Office of the Chief Rabbi or even that jaded old rag, the Jewish Chronicle – could get together and offer a similar award for UK-based groups. If so, please spare a thought for Redress Information & Analysis – we’ve been trying for more than 13 years. 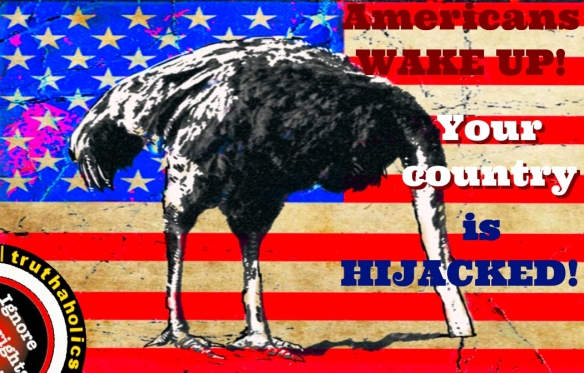 4 thoughts on “| Congratulations to our American truth-telling comrades!”