A decade later and the Iraq debate is still contaminated with myths ~ Peter Feaver, Foreign Policy.

Here on the 10-year anniversary of the invasion of Iraq, I wonder how long it will be before we can discuss the war free from the contamination of myths. It may be sooner than many myth-purveyors expect. Just listen to this lecture by Mel Leffler, one of the leading historians of American diplomacy. He has been a harsh critic of Bush-era diplomacy and his speech does accept some of the conventional critique (specifically about the “hubris” of the Bush administration), but his analysis is far more balanced than the conventional wisdom on the topic. All in all, Leffler’s analysis is a promising example of myth-busting.

For my part, the myths that get thrown at me most often have to do with why the war happened in the first place. Here are five of the most pervasive myths:

1. The Bush administration went to war against Iraq because it thought (or claimed to think) Iraq had been behind the 9/11 attacks. In the immediate aftermath of 9/11, the Bush Administration did explore the possibility that Hussein might have collaborated with al Qaeda on the attacks. Vice President Dick Cheney (along with some officials in the secretary of defense’s office) in particular believed this hypothesis had some merit, and in the early months gave considerable weight to some tantalizing evidence that seemed to support it. However, by the fall of 2002 when the administration was in fact selling the policy of confronting Hussein, the question of a specific link to 9/11 was abandoned and Cheney instead emphasized the larger possibility of collaboration between Iraq and al Qaeda. We now know that those fears were reasonable and supported by the evidence captured in Iraq after the invasion.  This has been documented extensively through the work of the Conflict Records Research Center (CRRC), which examined the captured files of the Hussein regime. A 2012 International Studies Association panel sponsored by the CRRC on “Saddam and Terrorism” was devoted to this topic and spent quite a bit of time demonstrating how those who insist that there were no links whatsoever simply rely on a poorly worded sentence referencing “no smoking gun” of a “direct connection” in the executive summary of the 2007 “Iraqi Perspectives Project – Saddam and Terrorism: Emerging Insights from Captured Documents”report and ignore the evidence of links and attempted connections uncovered in the report itself as well as subsequent work by the project.

2. The Bush administration went to war against Iraq because it wanted to forcibly democratize Iraq. The administration was, in the end, committed to using force to defend the democratization project in Iraq but this myth has the logical sequence out of order. The correct sequence, as Leffler and myriad memoirs and contemporaneous reporting demonstrate, is this: (1) Bush was committed to confronting Iraq because of the changed risk calculus brought about by 9/11, which heightened our sensitivity to the nexus of WMD and terrorism (believing that state sponsors of terrorism who had WMD would be a likely pathway by which terrorist networks like al Qaeda could secure WMD); (2) Bush was also committed not to making the mistake of Desert Storm, namely stopping the war with Hussein still in power and concluded that confronting Hussein must end with either full capitulation by Hussein or regime change through war; (3) given regime change, the best option for the new Iraq was one based on pluralism and representative government rather than a “man on horseback” new dictator to take Hussein’s place.  To be sure, the Bush administration greatly underestimated the difficulty of the democratization path, but democratization was not the prime motivation — confronting the WMD threat was. Democratization was the consequence of that prime motivation.

3. The “real” motivation behind the Iraq war was the desire to steal Iraqi oil, or boost Halliburton profits, or divert domestic attention from the Enron scandal, or pay off the Israel lobby, or exact revenge on Hussein for his assassination attempt on President George H. W. Bush. These conspiracy theories are ubiquitous on the far left (and right) fringes, and some of them were endorsed by mainstream figures such as President Obama himself. All of them seem impervious to argument, evidence, and reason. The absence of evidence is taken as proof of the strength of the conspiracy. Contrary evidence — eg., that Israel was more concerned about the threat from Iran than the threat from Iraq — is dismissed.  Mel Leffler’s lecture on Iraq is a bracing tonic of reason that rebuts many of these nutty charges, but I suppose true believers will never be convinced.

4. What Frank Harvey calls the “neoconism” myth — that the Iraq war was forced upon the country by a cabal of neoconservatives, who by virtue of their political skill and ruthless disregard for truth were able to “manipulate the preferences, perceptions and priorities of so many other intelligent people…” who otherwise would never have supported the Iraq war. Frank Harvey painstakingly reconstructs the decision process in 2002 and documents all of the ways that the Bush administration took steps contrary to the “neoconism” thesis — eg., working through the United Nations and seeking Congressional authorization rather than adopting the unilateralist/executive-only approach many Iraq hawks were urging. (Leffler makes similar points in his lecture). Harvey goes on to make an intriguing case that had Al Gore won the election in 2000, he would have likely authorized the Iraq war just as Bush did. Harvey has not fully convinced me of the latter, but he usefully rebuts much sloppy mythologizing about Gore’s foreign policy views, documenting how Gore was, in fact, the most hawkish of officials on Iraq in the Clinton administration. At a minimum, Harvey proves that the Iraq war owed more to the Clinton perspective than it did to then-candidate George W. Bush’s worldview as expressed during the 2000 campaign. The neoconism myth serves a politically useful function of fixing all blame on a specific group of Republicans, but, as Harvey shows, the truth is not quite so simplistic.

5. Bush “lied” in making the case for war. I have addressed this myth before. It is a staple of the anti-Iraq/anti-Bush commentary — and not just of the pseudonymous trolls in blog comment sections. John Mearsheimer, one of the most influential security studies academics, has written a book built around the claim that leaders regularly lie and that Bush in particular lied about Iraq. Mearsheimer claims “four key lies,” each one carefully rebutted by Mel Leffler.

When one examines the historical record more fairly, as Leffler does, the “lying” myth collapses. This doesn’t absolve the Bush administration of blame, but it does mean that those who allege “lying” are themselves as mistaken as are the targets of their critique.

On the other hand, many of the arguments made by those who opposed the Iraq war turned out not to be correct, either.  For instance, Steve Walt cites favorably a New York Times advertisementpaid for by a group of academics (virtually all of whom I consider to be friends, by the way). Some of their arguments were prescient, more prescient than the contrary claims by war supporters  — the warning about the need to occupy Iraq for many years, for example — but others not so much. It turns out, for instance, that there is considerable evidence of Iraq-al Qaeda overtures and attempted coordination, precisely what the Bush administration worried about. Likewise, contrary to what the war critics warned, neither Iraq’s arsenal of chemical and biological weapons nor their skill at urban warfare posed much of an obstacle to the invasion — of course, insurgency tactics such as urban warfare did pose serious obstacles to the occupation and reconstruction phase of the conflict.

Moreover, Walt and the others he cites favorably almost to a person opposed the surge in 2007, and while some of them now admit that they were wrong about this others still cling to the thoroughly rebutted view that the surge was irrelevant to the change in Iraq’s security trajectory. (Ironically, the debate over the surge may be where the grip of mythology lingers the longest. See how Rajiv Chandrasekaran, in an otherwise sensible piece of myth-busting, makes the error of claiming that it is a myth to believe that the surge worked.  I have already answered the argument put forward by Chandrasekaran and others and so won’t take the time to do it again.)

The point is not that Walt and others were fools or crazy to doubt that the surge would work — on the contrary, they were squarely within the mainstream of conventional wisdom at the time. Rather, the point is that neither side in the Iraq debate has had a monopoly on wisdom.

I know I haven’t had a monopoly on wisdom either and, indeed, my own personal views on Iraq have evolved over time. I opposed putting the Iraq issue on the front-burner in the 2001-2002 time frame and refused to sign a petition arguing for that because I thought the higher priority involved chasing AQ out of ungoverned areas. When the Bush administration did put the Iraq issue on the front-burner over the summer of 2002, I found the arguments of Bush opponents to be over-drawn and unconvincing — in particular, the anti-Bush position seemed not to take seriously enough the fact that the U.N. inspections regime had collapsed nor that the sanctions regime was in the process of collapsing — and so I found myself often critiquing the critics. I found the Bush argument that Hussein was gaming the sanctions and poised to redouble his WMD efforts when the sanctions finally collapsed to be a more plausible account of where things were heading absent a confrontation (and as we now know from the interviews with Hussein after his capture that was exactly what he was planning to do).

However, as the march to war accelerated in February 2003, I was one of those who recommended  to the administration that the deadline be extended in the hopes of getting yet another UNSC resolution, one that would provide a united international front at the outset of the war. The administration rejected that course, and, in retrospect, I doubt whether what I was calling for was achievable.

Since the war started, I have had my fair share of criticisms for how the war has been handled, but I have always supported the position that having invaded, we now had to succeed. I supported the surge, and I opposed the Obama administration’s decision to walk away from the commitment for a small stay-behind force that would be a makeweight in internal and regional balances of power.

I feel more confident about the positions I took on Iraq later in the war than the ones at the outset. But more importantly, I am increasingly confident that the judgment of history will be more nuanced and less simplistic than the judgment of contemporary critics of the war. And, hopefully, less contaminated by myth. 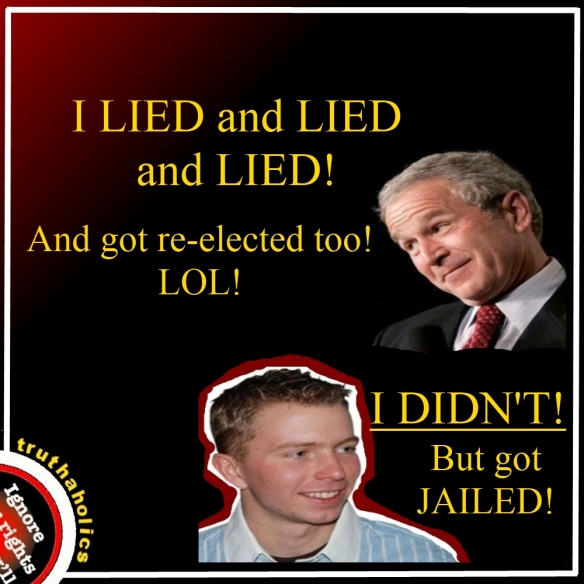