Tony Blair promised to help Col Muammar Gaddafi in a billion-pound legal dispute with victims of a Libyan terrorist attack, according to official correspondence obtained by The Sunday Telegraph.

Documents show that Gaddafi turned to Mr Blair after a US court ordered Libya to pay $1.5billion (£1billion) in damages to relatives of seven Americans killed when a bomb exploded on a Paris-bound passenger jet in west Africa. According to the email, Mr Blair approached President George W Bush after promising the Libyan leader that he would intervene in the case.

Mr Bush subsequently signed the Libyan Claims Resolution Act in August 2008, which invalidated the $1.5billion award made by the court.

UTA Flight 772 from Chad was blown up on Sept 19, 1989, by Libyan intelligence services, killing all 170 passengers. The attack took place nine months after Pan Am Flight 103 was blown up over the Scottish town of Lockerbie killing 270 people.

The relatives of UTA Flight 772 had won the billion-pound court case in January 2008 after a seven-year legal battle, causing serious difficulties for the Libyan regime in the US. The ruling meant the proceeds of Libyan business deals, mainly in oil and gas but including other investments, could be seized in the US.

Mr Blair’s involvement in the case is outlined in an email obtained by The Sunday Telegraph. The document was written by Sir Vincent Fean, the then British ambassador to Libya, and was sent to Mr Blair’s aides on June 8, 2008, two days before Mr Blair met Gaddafi in Libya.

It was one of at least six private trips made by Mr Blair to Libya after he quit as prime minister in June 2007. The first trip to meet Gaddafi was made in February 2008. The previous month a US federal court had made the $1.5billion award to Flight 772 victims.

The email written by Sir Vincent outlines points for Mr Blair to raise in his meeting with Gaddafi. It also shows that a key aide to Mr Blair had met with a senior US diplomat to discuss the Flight 772 case.

Sir Vincent wrote: “On USA/Libya, TB should explain what he said to President Bush (and what Banner [a Blair aide] said to Welch [a US diplomat]) to keep his promise to Col Q [Gaddafi] to intervene after the President allowed US courts to attach Libyan assets.”

The memo went on: “He [Blair] could express satisfaction at the progress made in talks between the US and Libya to reach a Govt to Govt solution to all the legal/compensation issues outstanding from the 1980s. It would be good to get these issues resolved, and move on. The right framework is being created. HMG is not involved in the talks, although some British citizens might be affected by them (Lockerbie, plus some UK Northern Irish litigants going to US courts seeking compensation from Libya for IRA terrorist acts funded/fuelled by Libya).”

The memo reveals that Nick Banner, Mr Blair’s chief of staff in his role as Middle East peace envoy, had spoken to David Welch, the US official who was negotiating with the Libyans over compensation for victims of terrorism.

The American lawyer who had won the court order in January 2008 only to have it made invalid by the act signed by Mr Bush said his clients had “got screwed”.

Stuart Newberger, a senior partner at the international law firm Crowell & Moring, said: “This case was thwarted by President Bush, who directed the State Department to negotiate a package deal that ended all Libyan-related terrorism cases, including my judgment. I had heard rumours about Blair’s involvement but this is the first time that role was confirmed.”

He added: “I never considered this an honourable way to carry out diplomacy. It sent the wrong message to terrorist states – don’t worry about these lawsuits and judgments as the politicians will eventually fix it.”

Under the terms of the Libyan Claims Resolution Act, Libya made a one-off payment to victims of all Libyan state-sponsored terrorism including the bombings of Pan Am Flight 103, UTA Flight 772 and a Berlin discotheque. The payment, totalling $1.5billion, gave Libya immunity from all terrorism-related lawsuits.

The Sunday Telegraph has also obtained a separate letter, sent on June 2 from Gavin Mackay – a Foreign Office official seconded to Mr Blair in his role as Middle East peace envoy at the Office of the Quarter Representative (OQR) – to Libya’s ambassador in London.

The letter, on OQR-headed notepaper details Mr Blair’s gratitude that Libya is providing him with a private jet to fly him from Sierra Leone to Tripoli for a four-hour stopover and then on to the UK.

He said: “Unless Mr Blair can come up with a convincing explanation as to why the Quartet secretariat should have been involved in this visit, it would indeed be a reason for legitimate and serious criticism.”

A spokesman for Tony Blair said: “The only conversation he ever had with regard to this matter was to give a general view that it was in the interests of both Libya and the USA to resolve those issues in a fair manner and move on.” 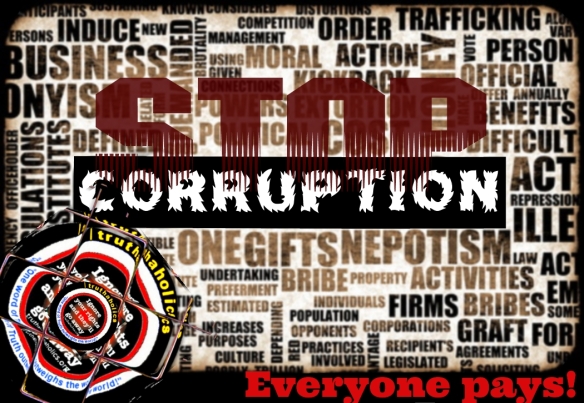 A Scottish MP has called for an inquiry into the conviction of the Lockerbie bomber Abdel Baset al-Megrahi after his grounds of appeal were published in full for the first time.

The 800-page report by the Scottish Criminal Cases Review Commission was published on the internet by a Scottish Sunday newspaper which ignored laws preventing its release.

It contains details which al-Megrahi, the only suspect convicted in the case, claimed support doubts about his ties to the bombing.

Atrocity: The grounds of appeal of Abdel Baset al-Megrahi, convicted of the Lockerbie bombing of 1988 which left 270 people dead, have been published on the internet by a Scottish newspaper

The report, which has remained secret for five years, alleges the Crown Office withheld evidence from the defence.

It also says there were six grounds on which it believes a miscarriage of justice may have occurred.

Christine Grahame, Nationalist MSP for South of Scotland, who believes Megrahi was wrongly convicted, said publication of the report is ‘highly significant’ and called for an inquiry into the Crown Office.

Miss Grahame, convener of the Scottish parliament’s justice committee, said: ‘There are allegations in the report the Crown Office withheld crucial evidence.’

Release: al Megrahi was jailed in 2001 but freed on compassionate grounds in 2009

Megrahi was the only person convicted of the atrocity which killed 270 people when Pan Am Flight 103 blew up over Lockerbie, Dumfriesshire, in 1988.

Scotland’s First Minister Alex Salmond defended the publication of the documents by the Sunday Herald newspaper, saying it would help better inform the public debate over the case made against al-Megrahi.

He said: ‘This report provides valuable information, from an independent body acting without fear or favor, and while we can not expect it to resolve all the issues in the Lockerbie case.

‘It does however lay the basis for narrowing the areas of dispute and in many ways is far more comprehensive than any inquiry could ever hope to be.

‘While the report shows that there were six grounds on which it believed a miscarriage of justice may have occurred.

‘It also rejected 45 of the 48 grounds submitted by al-Megrahi, and in particular it upheld the forensic basis of the case leading to Malta and to Libyan involvement.’

Scottish legal authorities have said that although it is an offense to disclose the information, no one would be prosecuted over the decision to publish.

Christine Grahame MSP, who believes Megrahi was wrongly convicted, said publication of the report is ‘highly significant’ and called for an inquiry into the Crown Office

Scotland’s Lord Advocate Frank Mulholland, the country’s most senior legal officer, said he did not consider it in the public interest to prosecute.

Mulholland said the issues around al-Megrahi were ‘exceptional circumstances’ and that justice had not been served ‘by selective and misleading reporting’ of some excerpts of the file, meaning it was welcome that the entire document was made public.

Al-Megrahi dropped his plan to pursue an appeal court hearing shortly before he was granted a compassionate release from a Scottish jail in August 2009 and returned to his native Libya, where he is being treated for prostate cancer.

The files explain that the commission accepted some of al-Megrahi’s concerns over evidence that had not been passed to his defense team, including some classified intelligence files.

Al-Megrahi has questioned the testimony of a shopkeeper who identified him as having bought a man’s shirt in his store in Malta.

Scraps of the garment were later found wrapped around a timing device discovered in the wreckage of the airliner.

In document, the commission expressed concern that evidence that the shopkeeper had seen a magazine article linking al-Megrahi to the bomb plot was not passed to defense lawyers by the prosecution.

However, the files show the commission rejected dozens of other points made by al-Megrahi and supported forensic evidence that tied the suspect to the store in Malta, and to the bombing.

Download the 800 page Report in full  here that could exonerate al-Megrahi of the Lockerbie bombing ~ PDF format.