Figures released by the Government of Pakistan today regarding the number of civilian deaths caused by drone strikes are shown to be inaccurate by a report provided to the courts by Pakistan’s authorities earlier this year, it has emerged.

A report submitted to the Peshawar High Court in early 2013 by the Political Agents of North Waziristan – the central Government’s representative in the region – stated that 896 Pakistani civilians had been killed in drone strikes in the area in the last five years.  The court also found that a further 553 civilians were killed in South Waziristan over the same period.  However, according to the Associated Press, the Ministry of Defense today claimed that just 67 civilians have been killed by drone strikes in Pakistan since 2008, and none at all in 2012 or 2013.

The claim of no civilian casualties at all in 2012 is especially problematic, as the relatives of a 67-year-old grandmother killed in an October 2012 drone strike yesterday testified before the US Congress.  Rafiq ur Rehman, a primary school teacher from North Waziristan, told members of Congress how his mother, Mammana Bibi, was killed in the strike, which also injured two of his children who testified with him at the briefing:  Zubair (13) and Nabila (9). There are several other strikes in 2012 which killed civilians and have been widely reported by independent sources: two such strikes were in July 2012, where rescue workers were targeted, killing more than 20 civilians.

These strikes were also profiled in a recent report by human rights organisation Amnesty International.

The claims of no civilian casualties resulting from drone strikes over the course of two years are also reminiscent of CIA Director (and then-counter-terrorism adviser) John Brennan’s 2011 claim that “there hasn’t been a single collateral death” due to the drone programme – a claim which a USAF Colonel with drone expertise said “does not sound to me like reality,” and which President Obama was subsequently forced to abandon.

Today, members of Senate in Pakistan rejected the figures submitted by the government and asked the minister concerned to withdraw his answer in order to verify them; after which the Opposition walked out of the Senate in protest.

Commenting, Shahzad Akbar, Fellow of human rights charity Reprieve and a lawyer for civilian victims of drone strikes including the Rehman family, said: “The latest figures from the Pakistani Government are clearly wrong and the Federal Minister is lying to Parliament.  It is absurd to suggest there has not been a single civilian casualty for two years, especially when some of those victims just yesterday gave evidence to the US Congress. They are also undermined by the far higher figures the Government provided to the Peshawar High Court earlier this year.  The Government needs to correct its mistake, and apologise to my clients, the Rehman family, for the shameful way in which they have ignored their suffering.   It is also interesting to note that a Pakistani minister is giving such a statement after the Prime Minister’s recent visit to the US, where the United States released over $ 1 billion to Pakistan.”

2. The Pakistani Government’s figures on drone strikes have been reported by the Associated Press:http://abcnews.go.com/International/wireStory/pakistan-percent-drone-deaths-civilians-20725123

3. The 2013 Peshawar High Court judgement on drones can be found here – see p4 for numbers of civilian casualties:http://www.peshawarhighcourt.gov.pk/images/wp%201551-p%2020212.pdf

4. John Brennan’s comments on civilian casualties from drones can be found here:http://www.nytimes.com/2011/08/12/world/asia/12drones.html?pagewanted=all&_r=0 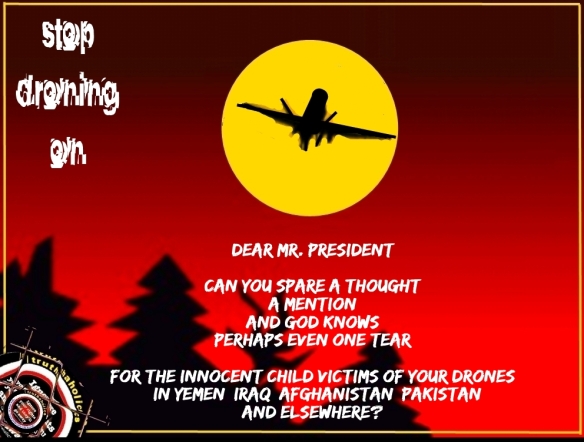 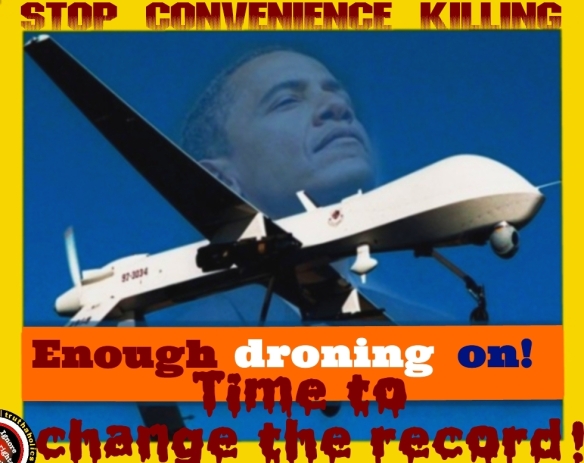 Ben Emmerson QC, the UN Special Rapporteur for Counter-Terrorism and Human Rights, has returned from a three day trip to Pakistan. In a statement released today, Emmerson said that the Pakistani government had made it clear to him that they consider the CIA drone programme to be “counter-productive, contrary to international law, a violation of Pakistan’s sovereignty and territorial integrity, [and that] they should cease immediately”.

While in Pakistan, Emmerson met with victims of drone strikes as well as government officials. In his statement today the Special Rapporteur emphasised the devastating effect of drones on the everyday life of entire communities in the North West of Pakistan, where the unmanned missiles constantly hover overhead. The Bureau for Investigative Journalism estimates that up to 3,577 people have been killed in drone strikes.

Commenting, Reprieve’s Legal Director Kat Craig said:  “The UN’s statement today is an unequivocal warning that the CIA drones programme is not only completely unwanted by the Pakistani government but is irrefutably illegal. More worryingly, it is shredding apart the fabric of life in Pakistan, terrorising entire communities. The Special Rapporteur’s job is to balance the need for counter-terrorism with the need to protect basic human rights – what he has revealed today is that this balance is far, far from being achieved. US drone strikes in Pakistan must stop and the international community must turn its attention to the plight of the most vulnerable people whose lives are being devastated by these killing machines.”

3. Reprieve, a legal action charity, uses the law to enforce the human rights of prisoners, from death row to Guantánamo Bay. Reprieve investigates, litigates and educates, working on the frontline, to provide legal support to prisoners unable to pay for it themselves. Reprieve promotes the rule of law around the world, securing each person’s right to a fair trial and saving lives. Clive Stafford Smith is the founder of Reprieve and has spent 25 years working on behalf of people facing the death penalty in the USA.