The English who settled America brought English culture with them. The colonies were nothing but little Englands. When the colonists revolted, they were merely trying to get free of the tyrannical English monarchy, not trying to change the culture. They were perfectly happy with the English way of life. They carried on its practices and adopted the English system of common law.

That sixteenth century culture is alive and well in America today and is why America is in many respects a backward nation. Americans are living 500 years behind the times.

We the People of the United States, in Order to (1) form a more perfect Union, (2) establish Justice, (3) insure domestic Tranquility, (4) provide for the common defence, (5) promote the general Welfare, and (6) secure the Blessings of Liberty to ourselves and our Posterity, do ordain and establish this Constitution for the United States of America.

The English who settled America brought English culture with them. The colonies were nothing but little Englands. When the colonists revolted, they were merely trying to get free of the tyrannical English monarchy, not trying to change the culture. They were perfectly happy with the English way of strife. They carried on its practices and adopted the English system of common law.

That sixteenth century culture is alive and well in America today and is why America is in many respects a backward nation. Americans are living 500 years behind the times.

The English were engaged in economic activities for hundreds of years before Adam Smith published his An Inquiry into the Nature and Causes of the Wealth of Nation; all he did was provide English merchants with a rationalization for what they had always done and wanted to do more of.Laissez-faire (let [them] do), to them, meant the ability to engage in economic practices without being subjected to governmental restrictions and tariffs. Then, like today, merchants wanted the freedom to profiteer by buying cheap and selling dear. Merchants, then or now, have had little interest in abstruse economic theory unless its models promise greater profit.

But buying cheap and selling dear applies to labor as well as materials, and the classical economists provide a rationalization for that maxim too. The subsistence theory of wages, advanced by classical economists, holds that the market price of labour always tends toward the minimum required for subsistence (that is, for basic needs such as food and shelter). Even Alfred Marshall, America’s first modern economist, was of the opinion that wages in the long run would tend to equal maintenance and reproduction costs. So when the Republican party seeks to eliminate regulations and keep the minimum wage low, they are acting just like sixteenth century English merchants and their boot-licking economists. Merchants become sheep dogs that herd human sheep, and our economists think nothing of it. They have adopted the British way of strife totally.

Although this impoverishment of labor is bad enough, in a globalized economy it is devastating. The classical economists held that a subsistence wage had to be high enough to enable the workforce to reproduce itself in order to maintain a labor supply; in a globalized economy, the workforce needed exists in underdeveloped countries. A domestic workforce is entirely unnecessary, so there is no need to even grant it subsistence wages or any other humane benefit. From a merchants’/economists’ point of view, domestic labor becomes expendable. Why pay it anything at all?

What a lovely world our economists advocate! Economics is not merely a dismal science, it is a murderous one.

Merchants and economists constitute a class of totally inhumane human beings. (Isn’t inhumane human a contradiction?) It seems as though two entirely different races have intermingled—the human race and an inhumane one. In the words of Pope Francis,

“A savage capitalism has taught the logic of profit at any cost . . . of exploitation without thinking of people.”

What kind of person would support this economy? Although they may revel in their fortunes and often act and speak like the rest of us, they are not like us. They are evil to the marrow of their bones. Logically, the inhumane are either not human or deranged.

One such person is Arnaud Costinot, an MIT economist, who uses the doctrine of comparative advantage to justify globalization. He is said to hold this:

“Ricardo thought that instead of trying to produce a wide range of goods, countries could grow by specializing in the goods they could produce most cheaply, and then trading those goods with other countries. This made sense, Ricardo claimed, even when a country could make multiple products more cheaply, in absolute terms, than other countries.

Only thing is, Ricardo never wrote any such thing, and to describe what he wrote in this way is intellectual dishonesty at its worst. Ricardo never uses the word “cheaply.” He uses “the number of man hours needed to produce one unit of cloth or wine,” ‘Man hours worked’ is not a wage or a value of currency. The production may not be cheap. By deliberately misstating what Ricardo writes, economists advocate the exploitation and impoverishment of workers and ultimately their destruction—a truly evil and inhumane goal.

This is the only explanation for the right wing’s war on the poor. Beasts of burden are disposed of when they have lost their usefulness, so destroying the middle class is not to be lamented. When the labor of underdeveloped countries became available to manufacturers, the American middle class became expendable. That is the American Republican party’s goal. It seeks to shrink the size of government by eliminating the people who need to be taken care of.

Economists want us to believe that free trade makes everyone richer, but experience teaches us otherwise.

The Internet is replete with articles both pro and con, but the attitudes of people to offshoring is quite consistent. The peoples in underdeveloped nations involved in making products for the West chafe at the extent of the exploitation. Whether in Latin America, Bangladesh, Malaysia, the Philippines, the Czech Republic, or Poland exploited labor is never described as prosperous. Neither has prosperity blessed America’s laborers. Exploitation and prosperity are alien concepts. The exploited are never prosperous and the prosperous are never exploited. No nation can boast of its prosperity gotten by offshoring. The empirical evidence gotten anecdotally is better than the dubious statistical evidence cited by economists (see The Real Cost of Offshoring.) India’s laborers are not getting rich working for American companies. NAFTA has not brought prosperity to Mexican or American workers. A low-wage job is not a gainful (prosperous) one. Marx asked workers of the world to unite; Western corporate leaders tell them to be damned. Any economist who does not see what is happening is intellectually blind. Or perhaps, just plain evil.

In The Story so Far, the Economist put it this way:

ONCE UPON A time the rich world’s manufacturing firms largely produced in the rich world for the rich world, and most services were produced close to where they were consumed. Then Western firms started sending manufacturing work abroad on a large scale. By the 1980s this was well established. The movement was overwhelmingly in one direction: away from rich countries to places where workers with adequate skills were much cheaper.

Whether openly stated or not, lower labour costs were almost always the chief rationale.

To corporations, workers are likened to beasts of burden and the economic elite who advocate this economic practice are then likened to vicious dogs. What a wonderful world! It will not change until the welfare of mankind, rather than profit, becomes the goal of political-economy. If the human race is to survive, the welfare of human beings must be the goal of human institutions.

John Kozy is a retired professor of philosophy and logic who writes on social, political, and economic issues. After serving in the U.S. Army during the Korean War, he spent 20 years as a university professor and another 20 years working as a writer. He has published a textbook in formal logic commercially, in academic journals and a small number of commercial magazines, and has written a number of guest editorials for newspapers. His on-line pieces can be found onhttp://www.jkozy.com/ and he can be emailed from that site’s homepage. 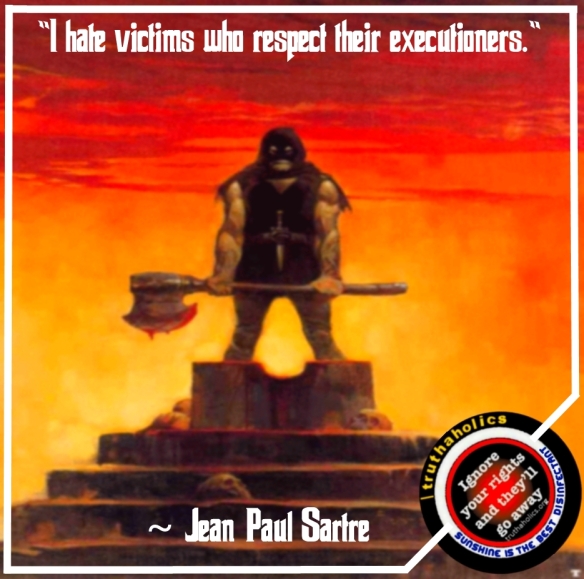