We must reject such authoritarian measures wholly, no matter who says they’re ‘necessary’ 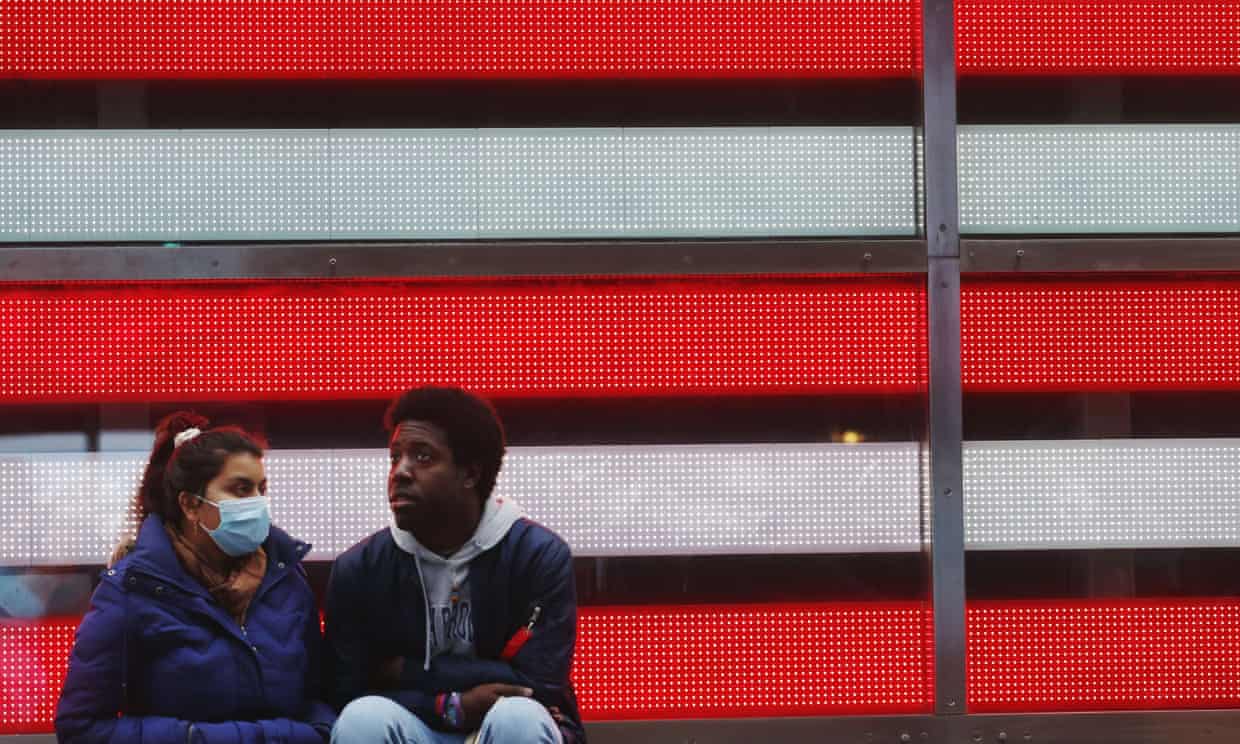 As a millennial, much of my adulthood has been punctuated by severe national emergencies. The first my generation experienced was the terrorist attack on September 11, 2001. We all watched in horror as the months-long media spectacle replayed footage of the towers swallowing airplanes and crumbling into fire and dust. The moment of national solidarity and everyday heroism was brief.

The government quickly responded by attempting to achieve two things: one, expanding executive power, and two, transferring public wealth into private corporations. The Bush administration achieved the first by passing the Patriot Act, which built the foundation for what is probably the world’s most expansive surveillance state, but also by setting legal precedents that violated basic constitutional rights and by creating the Department for Homeland Security, with its aggressive constituent agencies like Immigration and Customs Enforcement (Ice) and Customs and Border Protection (CBP). The second goal was achieved with the “war on terror”, which involved unilateral occupations of Afghanistan and Iraq, and subsequent military forays into many African countries. In Iraq, private security, logistics and reconstruction contractors swallowed up $138bn alone. Since 2001, $5.9tn in taxpayer dollars have gone toward wars (not to mention resulted in hundreds of thousands of deaths and a foreign policy blackhole that still haunts the Middle East). Neither of these goals addressed the root cause of the crisis, and arguably exacerbated the conditions that led to 9/11.

The second national emergency my generation experienced was the 2008 housing bubble collapse and subsequent recession: the most severe economic meltdown since the Great Depression. Again the federal government, this time under Barack Obama’s administration, sought to exploit the crisis to move vast wealth from the public treasury into private bank accounts. A staggering $14tn was transferred from taxpayers to private hands, including Wall Street executives who used that money to continue giving themselves seven-figure bonuses. One of the largest recipients of bailout money, Citigroup, paid out $5.3bn to employees in bonuses. While the federal government debatably halted a further stock market collapse, they certainly did not address the root cause of the crisis. A mere 11 years later and we are again standing on the edge of a major economic crisis.

Ecological devastation, meanwhile, is the quiet crisis amplifier that has persisted through both of these national emergencies and cast a shadow over the whole of my generation. Its latest iteration is the Covid-19 pandemic, whose origins lay in habitat destruction and biodiversity loss.

Once again, the federal government appears poised to exploit this emergency to expand executive power and move wealth from the public treasury into private bank accounts. As the Nation recently reported, an internal CBP directive empowers the agency to indefinitely monitor and detain anyone suspected of carrying the virus. Meanwhile, the Trump administration has begun a bailout for the oil industry, which could exceed $2.6bn in tax dollars going to oil industry control, and is toying with the idea of an airline industry bailout, which could exceed $50bn.

The authoritarian lockdowns in China and Italy may soon arrive to the anglophone world. Seeing self-avowed leftists and liberals praising such draconian reactions is frightening. Anyone who cares about democracy and civil liberty should not welcome such responses. As we witnessed with the authoritarian reactions to 9/11, emergency violations of civil liberties are not easily rolled back, and often aggregate over time. In the wake of 9/11, Congress passed the National Defense Authorization Act, which gave sweeping powers to the executive branch. In 2012, Obama signed an expanded version into law, which gave the president the power to “hold individuals, including US citizens, in military detention indefinitely”, which means for life. We must reject such authoritarian measures wholly, no matter who says they’re “necessary”.

The fact is, neither expanding executive power nor redistributing wealth upward will save lives or address the root cause of the crisis. In fact, both the oil and airline industries are accelerating the ecological devastation at the heart of this pandemic. As ecological collapse continues to unfold, more and more emergencies like this will occur with greater frequency and intensity. Now is the time to break out of the recurring pattern in which national responses not only fail to solve the problem, but even exacerbate the original cause, while transferring wealth from taxpayers to already-wealthy, well-connected executives. Instead, now is the time to implement a set of standards for what constitutes a response that puts the common good at the center.

In the case of this virus, there are plenty of good ideas already being discussed that would do exactly that. Instead of moving public wealth into private corporations, the government should be doing the opposite.

The first step to containing this virus is handing out cash to every American to fund their ability to self-isolate without having to go to work. A basic income of, at minimum, subsistence rate would achieve this. The New York congresswoman Alexandria Ocasio-Cortez has called for implementing an emergency universal basic income, while presidential candidate Bernie Sanders suggested delivering a monthly $2,000 check to every household to deal with lost income.

Providing universal healthcare, both during the virus flareup and after, would also go a long way to containing its spread and reducing its seasonal intensity; the for-profit system is probably exacerbating the spread of the virus. Subsidizing or even nationalizing essential goods and services like utilities, pharmaceuticals and distribution of basic necessities could also help contain the virus and reduce its negative long-term impacts, and ensure that those services remain available to all. The Trump administration has (surprisingly) ordered the Department of Housing and Urban Development to halt evictions and foreclosures temporarily. Taking that further and reforming or eliminating them, even past the worst of the pandemic, could help soften conditions leading to virus spreading in the future.

Interim support for local services, like small businesses and charities, would also help keep local infrastructure intact beyond the most intense phases of social isolation. Dismantling the prison industrial complex and deeply reforming the justice system would help as well. The US has the highest incarceration rate and absolute prison population in the world. Abolishing the institution would go a long way toward reducing the impact of highly infectious viruses, given that prisons are “the perfect incubators” for coronaviruses. Finally, bypassing intellectual property laws with regard to vaccine development, and preventing anyone from limiting access for private profit, would also be important, both now and beyond the pandemic.

Of course the best thing we can do is halt the twin ecological and climate crises that are now driving so many existential emergencies like the Covid-19 pandemic. But, in the meantime of attending to that herculean task, the least we can be doing is agreeing on a set of responses that reject authoritarian exercises of executive power and the further enrichment of the already wealthy at the expense of the public. Instead, we should be responding to such national crises by saving lives and fortifying the common good. Through a series of compounding national emergencies, a benevolent response would be the first my generation has ever witnessed.