Almost 5,500 patients have died over the past three years because they have spent so long on a trolley in an A&E unit waiting for a bed in overcrowded hospitals, a study by leading NHS doctors has found.

Their conclusion that long delays finding spare beds is costing patients’ lives has emerged as Boris Johnson comes under mounting pressure over the fragile state of the NHS.

In all 5,449 people have lost their lives since 2016 as a direct result of waiting anywhere between six hours and 11 hours, according to research seen by the Guardian. It found that those deaths represent the total “estimated attributable mortality” from the delays.

The Patients Association called the findings “deeply shocking and very worrying” and blamed the deaths on underfunding of the NHS. 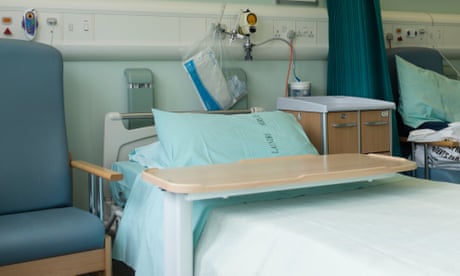 The conclusions are contained in an analysis of the care received by more than four million people who attended A&E in England over the past three years. The research, by Dr Chris Moulton and Dr Cliff Mann, found that 960 out of 79,228 patients who had to wait about six hours died as a direct result of the delay.

This means that one in every 83 people who have to wait that long to be admitted will die as a direct result of the delay in them starting specialist care for their condition, they said in their research, as yet to be published.

Similarly, 855 people died over the past three years because they waited about seven hours, as did 636 others who faced delays of at least 11 hours.

They concluded that the deaths are entirely and solely caused by the length of wait and not by the patient’s condition. It is the first research worldwide to calibrate the risk of death for trolley patients by the number of hours waited.

The findings have prompted deep concern as the latest NHS England performance figures showed that 80,092 trolley waits of over four hours occurred during October 2019. It raises the possibility that such widespread delays are leading directly to scores, if not hundreds, of deaths every month.

“The research shows that delays in emergency departments are harmful for patients and lead to very poor patient experience, and also involve a risk of death, that we have tried to quantify,” said Moulton, one of the lead researchers.

“Emergency doctors like me are keen to emphasise that delays in emergency departments are bad for patients and should be avoided at all costs,” added Moulton, an A&E consultant and former vice-president of the Royal College of Emergency Medicine (RCEM). Mann, who co-authored the research, is a former president of the RCEM.

Moulton added that his and his colleagues’ conclusions confirmed the belief that “there is excess harm to patients, both in terms of mortality and poor outcomes, if patients do have to wait a long time for a bed”.

The Guardian disclosed last month that hospitals in England have the smallest number of beds ever.

John Kell, the head of policy at the Patients Association, said: “These results are deeply shocking and very worrying. Patients are clearly suffering tragic consequences as well as loss of dignity and discomfort from spending far too long waiting on a trolley for care.

“This is as a direct result of sustained underfunding of the NHS and social care and ongoing shortage of hospital beds.

“Despite the unstinting efforts of NHS staff, patients can no longer be sure of receiving safe or dignified care if they need to be admitted to hospital. This is an entirely needless and completely unacceptable situation.”

The patient’s chances of dying increases sharply the longer they have to wait, the analysis also found.

The risk of death goes up to one in 31 for those kept on a trolley for nine hours and rises to one in 30 for patients whose admission is delayed for 11 hours.

“The confirmation that long trolley waits cost lives must prompt the NHS to do all it can to minimise trolley waits during the surge in demand this winter will bring,” Moulton added.

He and Mann have shared their results with A&E doctors and hospital managers in recent weeks to help underline the seriousness of avoiding patients being left on trolleys in corridors.

Jonathan Ashworth, the shadow health secretary, said: “This [research] is a badge of damning shame for the Tories. A decade of Tory cuts to beds, social care and staffing budgets has resulted in hundreds of thousands of trolley waits and hospitals bursting at the seams. Patients are left to languish in pain and misery with their lives put at risk.”

Dr Nick Scriven, the former president of the Society for Acute Medicine, said: “The exact numbers in this study should be a sobering reminder to all that these risks are occurring in some hospitals on a daily basis and, apart from the obvious loss of dignity of being kept in a corridor, there are proven safety risks as well.”

“The risks will continue until overcrowded hospitals have the beds and staff they need,” he added.

An NHS spokesperson said: “Actually, the latest official figures show that your chances of dying if you are admitted to hospital are lower than they have been at any time in the last five years despite patients increasingly being older and sicker.”

Doctors are also concerned that patients who have to wait with ambulance crews outside A&E units, because staff are too busy to accept them, are at risk. It emerged last week that a man suffered a cardiac arrest and died after waiting for an hour in the back of an ambulance outside Worcestershire Royal hospital.