The Freedom To Speak Up project is based on government duplicity, spin and half truths.

It had no evidence base.

Robert Francis, the government’s frontman, later spun this as heroic pioneering, but even this was not true: 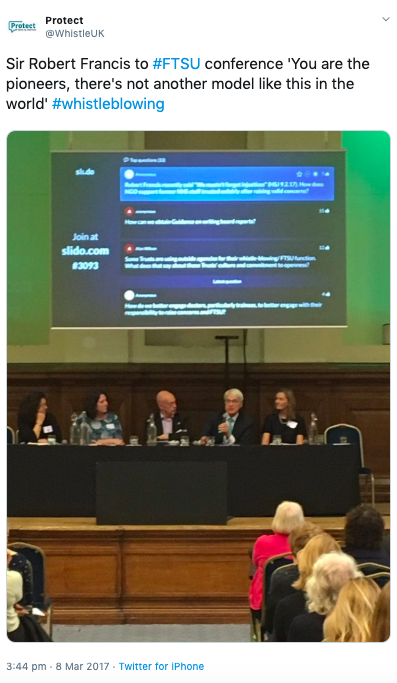 In fact the model is a hand-me-down from the corridors of Whitehall.

It is clear the National Guardian is keen to generate Good News stories, as her newsletters are full of smiling photos.

Her compact with local trust Speak Up Guardians includes promoting their purported successes, although the evidence so far suggests that caution is needed