Russian revolutionary leader Lenin once said, “Show me who your friends are, and I will tell you what you are.” If we apply this to Narendra Modi and India, we can see that the Prime Minister of the world’s largest democracy counts among his closest allies both Israel and Myanmar. That speaks volumes, and does nothing for his carefully nurtured uncle-ji image.

It cannot be lost on anyone that Israel and Myanmar have appalling records for riding roughshod over international human rights and UN sanctions whilst enforcing brutal occupations, committing war crimes and carrying out ethnic cleansing. That’s why the world should not be too surprised that India has delivered a dream scenario to the extremist Hindu nationalists in its ruling Bharatiya Janata Party (BJP) by stripping Indian-controlled Kashmir of its decades-old special status which gave the Muslim-majority state unique levels of autonomy.

However, the disputed land of Jammu and Kashmir appears to be in danger of being ethnically cleansed by Modi, who has repeatedly demonised the region and its people by labelling it as a hotbed of religious extremism and terrorism. That’s the well-worn terminology used by various tyrants around the world when they want to crush and oppress ordinary people.

Modi’s next move may well be to ethnically cleanse the Kashmiris from their land in a scorched earth policy like the one conducted successfully by the military in Myanmar in 2015 against the Rohingya people. Both may have taken their cue from the Nakba in 1947 when Palestinians were driven from their lands at gunpoint by Zionist terror gangs and the nascent Israel Defence Forces.

At the time of writing, 48 hours have passed and not one word has come out of Washington where Donald Trump, the so-called leader of the free world, remains uncharacteristically mute about what India has done. In Britain, home to the world’s largest diaspora Kashmiri community, the Foreign and Commonwealth Office has also remained silent, as has new Prime Minister Boris Johnson. Even the opposition Labour Party has been slow to condemn the unfolding drama. The extremely active pro-BJP political lobby has invested heavily in ways to infiltrate and influence political parties of all stripes on both sides of the Atlantic, and is clearly starting to reap the benefits.

It is quite clear that India spurred on by its close friends, will be emboldened to continue its military campaign. As Modi was putting the final touches to this treachery last weekend, he and his Israeli counterpart Benjamin Netanyahu were playing footsie on Twitter in “honour of Friendship Day”.

“Happy #FriendshipDay2019 India!” tweeted the Israeli Embassy in India. “May our ever strengthening friendship & #growing partnership touch greater heights.” Modi responded in Hebrew: “Thank you. I wish a happy Friendship Day to the wonderful citizens of Israel and to my friend [Benjamin Netanyahu].” India and Israel proved their friendship throughout the ages, he continued. “Our relationship is strong and everlasting. I wish that our countries’ friendship will grow and bloom even more in the future.” The love-in between Tel Aviv and New Delhi continued with another tweet from Netanyahu: “Thank you, my friend, India PM @narendramodi. I could not agree with you more. The deep connection between Israel and India is rooted in the strong friendships between Israelis and Indians. We cooperate in so many areas. I know our ties will only strengthen in the future!”

Netanyahu apparently intends to visit Modi next month, no doubt to offer more advice on how to make friends and influence people while crushing any resistance to occupation; in other words how to get away with murder in full view of the international community. Modi was probably given similar advice by Myanmar Commander-in-Chief Senior General Min Aung Hlaing who visited Delhi last month, when India and Myanmar signed a defence cooperation agreement. The Indian leader invited Hlaing to visit India right after the US announced a visa ban on him visiting America due to the Rohingya genocide.

The key players in this triumvirate of evil are all passionate about their brutal occupations of Kashmir, Palestine and Rakhine State, where most of the remaining Rohingya live. The three have spent billions supplying and exporting weapons to each other over the past decade and their police forces have also traded information and training on how to conduct “anti-terror” operations against Kashmiris, Palestinians and Rohingya.

The objective of self-determination held dear by millions of Kashmiris and Palestinians has been thwarted and diminished by the post-9/11 “war against terror”, a euphemism for attacks on “Islamist terrorism”, a term that has gained a lot of currency in Myanmar these days. Written off and demonised as so-called Islamist extremists, this toxic label has made the rest of the world less willing to challenge the cultural, physical and brutal ethnic cleansing of Palestinians, Rohingya and now, I have no doubt, Kashmiris.

As the UN once again proves to be a toothless organisation in the face of this latest act against the Kashmiris and their rights, it will be down to global solidarity movements to come together and demand justice. Sadly, there are few crumbs of comfort for the people of Kashmir; not for nothing are its people known as the forgotten Palestinians.

As Israel, Myanmar and India gloat in their solidarity, mutual support and friendship, one can only guess what will be the next stage in what could prove to be the final chapter of Kashmir’s bloody story since 1947 when India and Pakistan became locked in conflict over the Muslim-majority region in the northernmost part of India. It will not be lost on Narendra Modi that Myanmar has ethnically cleansed more than a million Rohingya in recent years without a single prosecution in the international courts. Thanks to Modi’s new best friend Benjamin Netanyahu and his ilk, the plight of Palestinian refugees has, if anything, worsened year by year over the past seven decades. In short, Modi knows that India is more than likely going to be able to get away with murder, as Myanmar has, and Israel has. This triumvirate of evil has innocent blood on its hands, and things are about to get worse.

The views expressed in this article belong to the author and do not necessarily reflect the editorial policy of Middle East Monitor.

source: This triumvirate of evil has turned its sights on Kashmir | Yvonne Ridley | MEMO | 6 August 2019 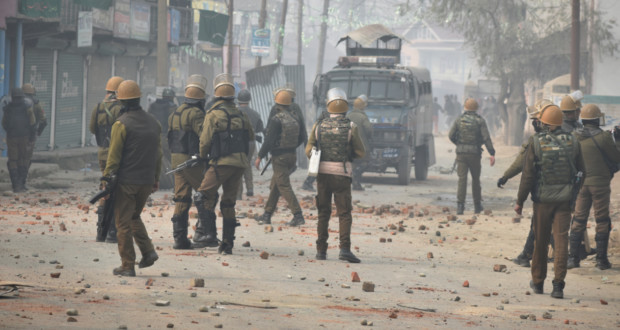 Indian state taking the war in Kashmir to the next level

“What if something happens and you are stuck [in Delhi] with no option to come back?” “Does anyone know what is happening?” Frantic calls from home have been a regular feature of our everyday life these last few days; our families and friends back in Kashmir are becoming increasingly scared and apprehensive. Back and forth conversations follow the same routine: we tell them what we heard, they tell us what they are hearing and seeing. No one really understands what is happening.

These conversations are taking place in the backdrop of the war hysteria created in Kashmir by the Indian state. The directive from the state,[1] on the 2nd of August had requested tourists and yatris(Hindu pilgrims who come to visit the Amarnath shrine in Kashmir every year) to pack up and leave the valley as soon as they could. Flight operators have been requested to make more flights available.[2] There are reports of additional forces being deployed in Kashmir (in addition to the 700,000 already stationed there).[3] There is panic. Locals are left to wonder if these events are foreshadowing a large-scale war. People fled in droves to stock essentials. Petrol pumps and ATMs soon ran dry. The government did nothing; in fact it still hasn’t addressed any of people’s concerns.

With uncertainties looming large, and no clarifications from the Indian government, it has only added to the feeling that something big is about to happen. No one knows what. There are various conflicting reports, from the dilution of Article 35A,[4] which gives special rights and privileges to the permanent residents of Jammu and Kashmir, to the trifurcation of the state into Jammu, Kashmir, and Ladakh so that Kashmir could be shown the iron hand.[5] Every probability is being discussed. Kashmir has garnered international attention, with the US President Donald Trump offering to mediate between India and Pakistan.[6] In the struggle for Right to Self Determination, Kashmiris have been engaged in resisting control by India through its armed forces and installed local governments for decades. However, India has repeatedly attempted to create a narrative of ‘security threat’ and ‘national interest’ around the issue, while unabated violence against Kashmiris goes unnoticed.

“We have been told that it could be a turmoil of high intensity – post-Burhan Wani strike of 2016 multiplied by 10”, an officer was quoted by a Delhi-based media outlet.[7] The 2016 turmoil in question saw the killings and “the world’s first mass blinding” of dozens of Kashmiri youth,[8] at the hands of Indian forces following the killing of popular militant commander Wani in Southern Kashmir. The same outlet quoted another officer’s remark, “Not more than 350 cellphones and around 2,000 specially-arranged satellite phones, mostly in possession of senior government functionaries, would remain functional.” The government’s sole concern for the tourists and the yatris makes it abundantly clear that there is absolutely no concern for Kashmiris. While the Indian state claims for Kashmir to be its integral part and Kashmiris as its own citizens. The reality on the ground is clear. Kashmiris are the ‘other’, whose lives need to be regulated. Adding to their fear is a deliberate policy. Perhaps it helps to keep Kashmiris at the edge, a lab experiment at their disposal. With a Hindu majoritarian party in power in India, the antagonism against Kashmiri Muslims has come out in the open, legitimised in the public sphere with due complicity of the state.

An important development has been the treatment of pro-India parties in Kashmir by the Indian state. Those who have controlled Kashmir for India for so long are just as clueless as the Kashmiris, seeking to score political points yet being slighted nonetheless. It is abundantly clear that they are dispensable in the eyes of the Indian state.

For people who have suffered decades of violence at the hands of the Indian state, the fear psychosis is nothing new. Children raised in the nineties, when the armed insurgency was at its peak and the repression by the Indian state widespread and brutal, have slept to the sound of gunfire and were woken up by it. We have lived through the noise of soldiers’ jackboots keeping us awake through the night, fearful that they could barge in at any moment. We have woken up to curfewed mornings and cordoned homes, afraid which family member would be taken away. We have known fear like it was our second skin, but we also know hope and resilience. Despite brutal militarised control, Kashmiris have continued to speak up for their rights, for a life of dignity and freedom. How long before the world takes note? 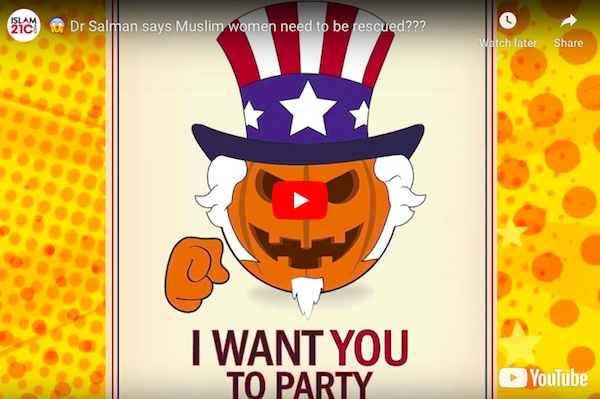