If You Provoke the Entire World, Something May Happen | Andre Vltchek | Global Research | 10 July 2019

The United States believes that it is so invincible, exceptional and so frightening that no one would ever dare to protest, let alone defend its people against constant humiliation, economic embargos and military threats.

It used to be like this for quite some time. In the past, the West used to bully the world before and after each well-planned assault. Also, well-crafted propaganda used to be applied.

It was declared that things are done ‘legally’ and rationally. There were certain stages to colonialist and imperialist attacks: “define your goals”, “identify your victim”, “plan”, “brainwash your own citizens and people all over the world”, and then, only then, “bomb some unfortunate country back to the stone ages”.

He does not seem to plan; he shoots off from the hip. Today, as I am writing this essay, he has declared that he has “five strategies for Venezuela”. Go figure. Bravo!

Earlier, as he was about to land outside London, he embarked on insulting the Mayor of the British capital, calling him names. A bit like we used to do to each other, when we were five years old, in the neighborhood playground.

He has been regularly offending Mexico, and of course Iran, China and Russia.

He basically tells the leader of the most populous nation on earth – China – to “be there”, at the G20 Summit, or else.

Whenever he and his lieutenants are in the mood, they get busy antagonizing everyone: Cuba and Nicaragua, DPRK and Venezuela, Bolivia and Syria.

Of course, the main “culprits” are always the ‘biggest bad boys’, Russia and China.

Anyone, at any time, could easily land on the proverbial hit list of President Trump, and hawks of his United States of A. It could be India (which, during ‘good submissive times’ is called by the West the “biggest democracy”, or perhaps Turkey (militarily the second mightiest NATO country).  The world had been converted into an entity which appears to be run by a bloodthirsty and unpredictable dictatorship. The world is an entity where everyone is terrified of being purged, imprisoned, starved to death, or directly attacked, even liquidated.

It was always like this, at least in the modern history of the planet. Colonialism, neo-colonialism, imperialism: they have many different faces but one common root. Root that has been often hidden deep under the surface.

But this time it is all in the open, raw and brutally honest.

Both George W. Bush and Donald Trump have one thing in common: they are honest.

Bill Clinton and Barack Obama were both ‘suave’ presidents. They were loved in Europe, as they knew how to speak politely, how to dine elegantly, and how to commit mass murder in a ‘rational, righteous way’; ‘old-fashioned, European-style’.

The brutal, vulgar ways of W. Bush and Donald Trump, have been consistently shocking all those individuals who are pleased when things are done ‘stylishly’ and ‘politically correctly’; be it a coup or the starvation to death of millions through embargos. Or be it invasions or ‘smart’ bombing (practically, ‘smart’ meaning very far from the inquisitive eyes).

But it is not only the ‘offended sensibilities’ of predominantly European population, that matter.

The danger is that someone might take Donald Trump seriously, and respond accordingly.

U.S. Thugs Warned Russia and Venezuela – They Have to be Stopped

In the past, verbal insults similar to those unleashed now by the US President, could easily have led to a war, or at least to the breaking up of diplomatic relationships.

In case Westerners have not realized it, yet – people all over the world are indignant. I talk to Libyans, Afghans, Iraqis, Venezuelans, Cubans, Iranians: they hate what comes from Washington; hate it with passion. They know that what is being done to them is terrorism, thuggery. But for now, they do not know how to defend themselves. Not yet, but they are thinking.

The entire world now resembles a brutal ghetto, or a slum, where a heavily armed gang controls the streets, and in fact every corner and alley.

At least in the past, subjugated people were able to hide behind decorative words and ideological pirouettes. They were able to ‘save their face’. They were sodomized in the name of ‘freedom’, ‘democracy’ and ‘human rights’. Now, a horrible reality is flying directly into all directions: “You will do as you are told!” “It is us who will decide.” “Obey, because we said so”. Entire proud nations are being reduced into states of slaves or even worse – lap dogs.

As everyone is well aware of, even lackeys and slaves often hold grudges. And abused dogs can bite.

This, what we have now on our planet, is not good, not a healthy situation.

The more countries that are being intimidated, the higher the chances are that somewhere, soon, things will let go; collapse.

Only terrible fear, so far, assures that if a Syrian or a Libyan or an Afghan city is leveled to the ground, there is no real retaliation: urban areas in the USA stay intact.

Only incredible patience of the Russian or Chinese leaders guarantees that, so far, even as their economies are being battered by ridiculous sanctions, the two powerful nations do not retaliate and ruin the US financial system (which is only a paper tiger).

Trump dares. He tortures and humiliates more than half of the world, then looks straight ahead and laughs: “So what are you going to do now?”

So far, the world is doing nothing.

Even the proud and mighty Iran is not ‘crossing the line’. As millions of its people are suffering because of insane sanctions, the Iranian navy is not yet engaging the US battleships that are sailing very near its shores.

Even as more and more US bases are being built right next to both Russia and China’s borders, so far there are no substantial military bases being erected by Moscow or Beijing in places such as Nicaragua, Cuba or Venezuela.

All this may change, soon.

And the so much dreaded (by Washington) “domino effect” may actually take place.

Non-Western leaders have also their ‘bad days’ and terrible nights. They also wake up in the middle of the night, and think, want to communicate and to act.

Imagine an Iranian leader, waking up at 2AM, and suddenly feeling overwhelmed by wrath, because Iranian men, women and children are suffering, for no reason, as a result of the perverse sadism being regurgitated by the West. What if he Tweets an insult, too? What if he just orders, on a spur of the moment, to have all those obsolete US aircraft carriers and destroyers that are floating in the vicinity, be sunk? Iran can do it: everyone knows that it can! Technically, militarily, it is easy: those ships are just sitting ducks.

Then what? Will Washington nuke Iran?

Someone may say: The West is killing millions every year, anyway. Better to fight it, in order to stop it, once and for all. Others may join. And then, then what? Will Trump give orders to kill tens of millions, just to maintain control over the world?

What if the US navy vessels bump into a Russian or a Chinese ship, as they almost did in the South China Sea, recently? What if a Russian or Chinese ship sinks, dozens of sailors die. And there is a retaliation? Then what?

What if Syria has enough and begins shooting down Israeli military jets that are bombing it, and attacking North American and European ‘special forces’ that are still located, illegally, on its territory?

The US is engaged all over the world. France and the UK, too. And if you talk to the people in Africa, Asia, the Middle East, you very soon realize what the real feelings towards Washington are!

If you provoke the entire world, something very terrible may happen!

Now, there is an entire coalition of powerful nations, ready to defend themselves, and also defend each other. Militarily, economically, and ideologically.

The world is not a slave of the West, or the United States. It is not a latrine.

This is the new world. Considering the horrors that were spread by the West, for many long years and centuries, Asia, Africa, “Latin America”, the Middle East and Oceania, are unbelievably patient and forgiving. But the USA and Europe should not take this tolerance for granted. They should not provoke its former and present victims.

Now, we (the people from the previously ruined part of the world) are beginning to speak up: about what is being done to us – to China and Russia, to South America and Africa, and the Middle East. With awareness comes courage. With courage comes pride.

Do not misinterpret our kindness. It is not a weakness. Not anymore. Think twice before you speak (or Tweet). Think a thousand times, before you act!

Note to readers: please click the share buttons above or below. Forward this article to your email lists. Crosspost on your blog site, internet forums. etc.

Andre Vltchek is a philosopher, novelist, filmmaker and investigative journalist. He has covered wars and conflicts in dozens of countries. Four of his latest books are China and Ecological Civilization with John B. Cobb, Jr., Revolutionary Optimism, Western Nihilism, a revolutionary novel “Aurora” and a bestselling work of political non-fiction: “Exposing Lies Of The Empire”. View his other books here. Watch Rwanda Gambit, his groundbreaking documentary about Rwanda and DRCongo and his film/dialogue with Noam Chomsky “On Western Terrorism”. Vltchek presently resides in East Asia and the Middle East, and continues to work around the world. He can be reached through his website and his Twitter. His Patreon

John Bolton and the Trump Derangement Syndrome
Jul 10, 2019
Turkey’s Erdogan Meet’s China’s Xi: Sultan Shines in the Court of the Dragon King
Jul 10, 2019
Cheated by the JCPOA, Iran No Longer Trusts Europe and Is Heading towards Full Withdrawal
Jul 8, 2019
The JCPOA Crisis Isn’t About Nukes at All. Embedding US Strategic Influence Worldwide
Jul 8, 2019
US Economic and Military Terrorism
Jul 6, 2019

US Now Admits it is Funding “Occupy Central” in Hong Kong

source: If You Provoke the Entire World, Something May Happen | Andre Vltchek | Global Research | 10 July 2019 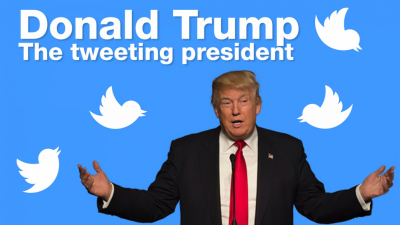