Three years ago ‘Sharon’ wrote a letter to the then prime minister David Cameron. Her 67-year-old husband, who can not be named for legal reasons, was serving 15 years at HMP Wymott, Preston as a result of allegations of rape made by a 16-year old girl with a history of mental instability. He is still there.

The letter was published in the prisoners’ newspaper Inside Times in April 2016 and shortly after on the Justice Gap.

“We have been sacrificed,” the letter began. “Our lives stolen and our whole family put into trauma. We brought up our family to be kind, caring, human beings and to have morals and to trust in the police and justice system. We were so wrong. The first time me and my family ever needed the police to protect us, they completely destroyed us, without a second thought or care for the lifelong consequences.”

My husband is a good and decent man. He faces spending his remaining years in prison wrongly convicted. We need to get him out.

I met Sharon for the first time last May. She came to the Westminster launch of my book Guilty Until Proven Innocent (Biteback 2018). “You probably won’t remember. I wrote a letter to David Cameron,” she said by way of an introduction.

I remembered it well. Our jails are filling up with men of pensionable age convicted of offences allegedly committed decades earlier. The over-sixties are the fastest growing section of the prison population. There are three times as many as there were 16 years ago.

A Former Lord Justice of Appeal Steps in

Most sexual abuse happens in secret. There are no witnesses and, in the case of historical allegations, no physical evidence. All too often abusers are never brought to justice and victims are forced to live with the burden of their trauma for the rest of their lives.

A false allegation of abuse can also ruin lives. Sharon’s letter powerfully explained how it is possible for an imperfect justice system to allow for a conviction in the absence of evidence. It is a point made powerfully by the barrister Matthew Scott yesterday in his analysis of an alarming decision by the Court of Appeal to upheld the conviction of a grandfather for abusing his granddaughter despite the granddaughter telling the court, under oath, that he was innocent.

When I met Sharon she had a folder with her. She asked if I would take a look at an application to the miscarriage of justice watchdog. I can’t recall my response but I am guessing it was a non-committal: “Sure; but it might take some time.” Then she added. “It has been written by a former Court of Appeal judge.” Who? “Sir Henry Brooke.” 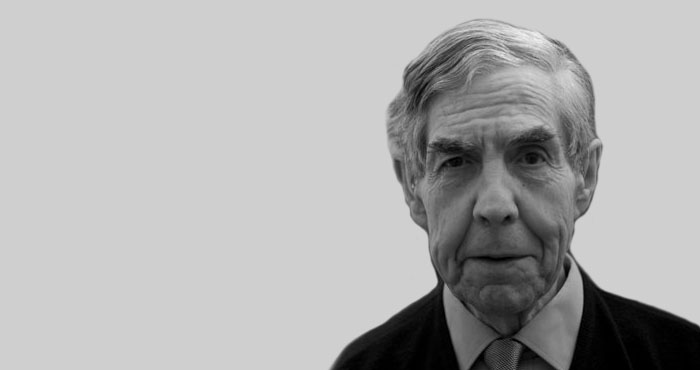 Sir Henry, who died at the age of 81 years last January, was (in the words of one obituary noted) well known for his “lifelong belief in the importance of doing the right thing”. Even so it seemed improbable that a well respected appeal judge in his 80s would be helping the family of a man accused of the most horrendous sexual offences. It took a little while for the penny to drop.

“The letter was written out of sheer desperation,” Sharon later told me. After her husband was sent to prison, Linda scoured the internet for help and support. She came across Sir Henry’s website and was drawn to a section called ‘Stories of injustice’. She read ‘Story #4: Sharon’.

The solicitor failed to present evidence to the court of the 16-year-old accuser’s mental health problems and the long history of mental instability which affected her grandmother, great-aunt and aunt.

Unlike many of his judicial brethren, Sir Henry was a technology enthusiast and, in later years, a prodigious blogger. Shortly after Sharon’s letter appeared on the Justice Gap, it appeared on Sir Henry’s website (here). “I couldn’t believe it. It was me. I was in shock,” she recalls. “‘Sharon’” isn’t my real name. So I just emailed him and straightaway he wanted to know what happened.”

Sir Henry offered to take a look at the papers. There is a huge amount. He read everything: correspondence with lawyers, witness statements, transcripts of hearings, notes from police interviews with the accuser and the accused, disclosure reports as well correspondence with the Criminal Injuries Compensation Authority. Critically, he also read documents relating to the girl’s mental health including her CAMHS (Child and Adolescent Mental Health Service) report.

If you are the victim of a miscarriage of justice and you have exhausted your right to appeal, then the only avenue left to clear your name is through an application to the Criminal Cases Review Commission.

Convinced by what he had read, Sir Henry went on to write a 25-page application to the miscarriage of justice watchdog on behalf of the family. Sir Henry called on the CCRC to refer this “extremely worrying case” back to the court that he once presided over. “[He] did not receive a fair trial,” he wrote. “All relevant factual issues were not placed before the jury, and his conviction is accordingly unsafe.”

Sir Henry spent a decade as a Lord Justice of Appeal and was vice-president of the civil court before retiring in 2006. He explained why the court’s treatment of historic sexual abuse allegations can lead to miscarriages of justice and recommended that the case, which has been rejected by the Court of Appeal and knocked back twice by the CCRC, should be considered by the Supreme Court if necessary.

Over the last quarter of a century, Sir Henry argued that governments had undermined the protections put in place by the courts in historic sexual abuse cases to ‘ensure that the innocent were not wrongly convicted’.

The neo-medieval pile of the Royal Courts of Justice on G.E. Street, The Strand, London – Wikimedia Commons

“It is more important than ever that the CCRC and the Court of Appeal should be willing to intervene if a defendant can be shown to have been badly let down by one or more of his lawyers to the extent that he did not have a fair trial,” he wrote. “For these reasons the issues raised by this case are, indeed, fit for the consideration of the UK Supreme Court, if necessary.”

Sir Henry argued that the man was badly let down by an incompetent lawyer who failed to properly prepare his defence which left the jury with “a wholly one-sided picture”. That said, he also obliquely mentions the impact of a two-decade freeze in legal aid rates (“increasing pressure on the economic viability of small criminal legal aid practices”).The solicitor failed to present evidence to the court of the 16-year-old accuser’s mental health problems and the long history of mental instability which affected her grandmother, great-aunt and aunt.

So the jury never got to hear that she was referred to a residential centre which specialises in young people with complex mental health disorders after threatening to throw herself in front of a train. It was when she was there as an inpatient for a number of months that she made (as Sir Henry noted) “a number of different allegations about the way she been abused not only by XXXX but also by other men”.

Sharon met Sir Henry Brooke once at a church service in London. “He emailed me, said he would be there and suggested I say hello. I shook his hand and said: ‘Thanks very much, for all your doing for me.’”

We brought up our family to be kind, caring, human beings and to have morals and to trust in the police and justice system. We were so wrong.

She recalls Sir Henry as “so kind and sympathetic. He knew what was going on.” In the CCRC application, Sir Henry referred to himself as “a retired Court of Appeal judge” who had “conducted many criminal trials” and who had “sat frequently” in the criminal division of the Court of Appeal. In the application, he expressly asked for no publicity.

“As a family we are deeply grateful for his support,” Sharon tells me. “My husband is a good and decent man. He faces spending his remaining years in prison wrongly convicted. We need to get him out. I spend every moment of every day thinking of how to get him out. We are coming up to his fifth Easter in prison. Meanwhile, the CCRC has sat on this case for two years. They have had an application written by a Court of Appeal judge. What more do they need?”

Names and some details have been changed

MORE FROM THIS BYLINE TIMES INVESTIGATION:

THE JUSTICE TRAP: ‘Our courts will bend over backwards to uphold a conviction which is obviously unsafe’

Jon Robins, 14 May 2019
Jon Robins explores why Tony Stock has spent more than 40 years fighting to clear his name for an armed robbery a supergrass admits he had nothing to do with. 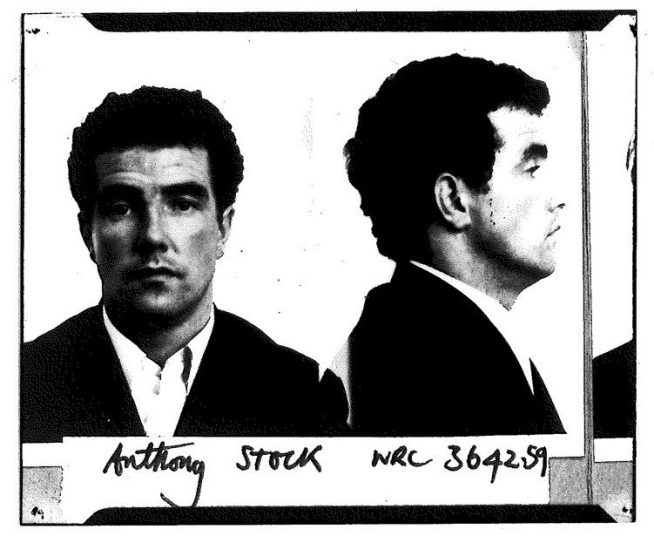 THE JUSTICE TRAP: No Forensics, No CCTV – 17 Years in Prison on the Evidence of an “Admitted Liar” 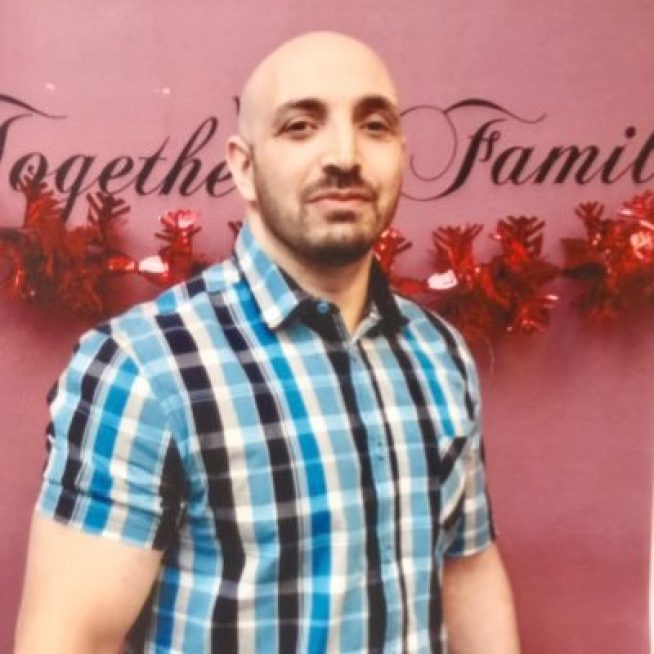 THE JUSTICE TRAP: ‘No Hope’ of Justice for Eddie Gilfoyle after 18 Years in Prison for his Wife’s Hanging

Jon Robins, 29 April 2019
The Criminal Cases Review Commission provides no effective safety net for victims of a miscarriage of justice – Eddie Gilfoyle is a striking example. 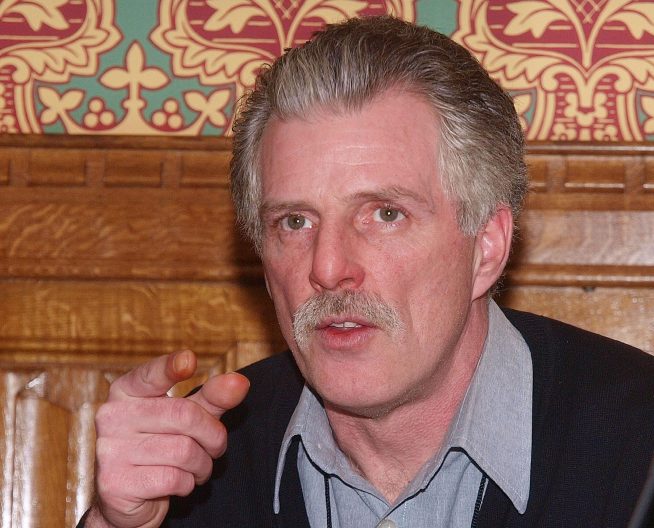 ‘Oh, he’s Such a Card’ – Boris Johnson the Joker. But Where does he Really Stand?

James Hanning, 29 May 2019
With Boris Johnson announcing his bid to become Conservative party leader, James Hanning sheds some light on what the ‘blonde buffoon’ actually believes in.

Stephen Colegrave, 28 May 2019
Why the work of a small group in London, Prisoners of Conscience, is sadly becoming more relevant than ever for persecuted journalists across the world.