This morning, officers of the Metropolitan police were invited into the Ecuadorian embassy by President Lenin Moreno. They proceeded to arrest WikiLeaks founder Julian Assange, and literally drag him out of the building.

“The UK must resist this attempt by the Trump administration”https://www.youtube.com/watch?v=stTMt1tLT4g …

The important facts of the case are as follows:

Take a moment to imagine Assange was Chinese, Iranian, Russian. Any “enemy” nation.

Imagine a journalist had published leaked documents proving Vladimir Putin’s complicity in war crimes, imagine he had been hiding out in an embassy in Moscow for 8 years, despite the UN finding his detention to be “arbitrary” and calling on Russia to end his “deprivation of liberty”.

And then imagine a whole bunch of FSB officers carried him out like a hunting trophy, threw him in a van and drove him off to God know’s where.

How would our media cover that? Would they make jokes like this?

Apparently Julian Assange‘s internet access has been cut off since March so he probably thinks we’ve left the EU https://www.theguardian.com/uk-news/2019/apr/11/julian-assange-arrested-at-ecuadorian-embassy-wikileaks?CMP=Share_iOSApp_Other …

152 people are talking about this 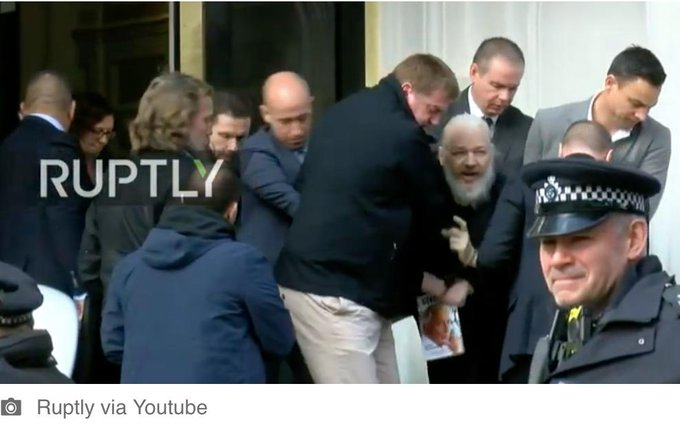 No. There would be outrage. There would be scorn from the “international community”. There would be sample chapters of Luke Harding’s latest book. The attitude to whistle blowers, WikiLeaks and the persecution of Julian Assange has always been a key test for the mainstream media’s claimed “values” of free speech, liberty and honesty. It is a test they have failed a million times over.

The Tories, and others political figures, have been quick to “congratulate” Ecuador on their decision:

Julian Assange is no hero and no one is above the law. He has hidden from the truth for years. Thank you Ecuador and President @Lenin Moreno for your cooperation with @foreignoffice to ensure Assange faces justice

1,205 people are talking about this

Nearly 7yrs after entering the Ecuadorean Embassy, I can confirm Julian Assange is now in police custody and rightly facing justice in the UK. I would like to thank Ecuador for its cooperation & @metpoliceuk for its professionalism. No one is above the law

3,182 people are talking about this

This has been long time coming, with months of frenzied negotiation between the US and Ecuador occasionally showing on the surface. The Guardian’s totally false story linking Assange to Paul Manafort, and all the other “Russiagate” bullshit, was designed to further demonise Assange in the eyes of “The Resistance” and others of their ilk.

These deceived liberals will probably happily applaud the arrest of a journalist for simply telling the truth. These are dark times.

So the important questions become:

This story is developing. Any updates will be posted as they arrive.

WikiLeaks have announced that Assange was seized under a US extradition warrant: 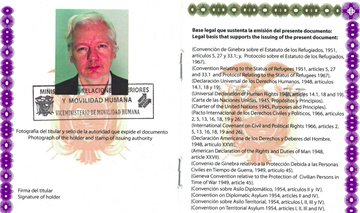 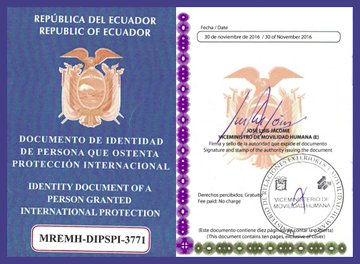 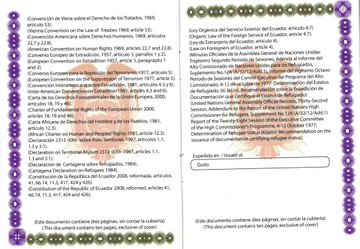 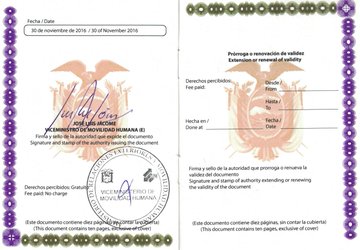 Assange has been arrested in relation to a US extradition request for “conspiracy with Chelsea Manning” for publishing Iraq War Logs, Cablegate, Afghan War Logs, precisely the persecution for which he was granted asylum under the 1951 Refugee Convention in 2012. @unhumanrights

Wikileaks founder Julian Assange has been dragged from the Ecuadorian embassy this morning by police, after the Ecuador government withdrew his asylum. Assange had spent seven years confined to the Embassy.

The Home Office ordered his arrest on a 2012 warrant, even though the Swedish government had withdrawn charges on which it wanted to extradite him. Assange has always claimed that the US wanted to extradite him to charge him over the leak of US information by Wikileaks – and incorrectly edited court documents for a different case suggested the US has prepared charges against him in secret.

Assange had become an Ecuadorian citizen, making that government’s actions a breach of its own laws in handing him over to a foreign state.

Internationally-renowned journalist John Pilger was one of many scathing in his condemnation:

Regardless of the final outcome and background of this case, this morning’s action has shamed the UK and Ecuadorian governments.

In all seriousness, by tonight the media will somehow have made this all Jeremy Corbyn’s fault.

The government has confirmed that its arrest of Wikileaks founder Julian Assange this morning is in connection with a US extradition request. Assange has always insisted that he took refuge in the Ecuadorian embassy because the US wanted to try him in relation to US information released by Wikileaks.

There have also been reports that the US was leaning on the Ecuadorian government to withdraw Assange’s asylum – which it has now done even though it has a legal duty under its own laws to protect Assange, who has Ecuadorian citizenship, from extradition.

The move was widely condemned this morning, with renowned journalist John Pilger damning the move as a ‘warning to all journalists‘.

If extradited, Assange would almost certainly face detention for life in a US ‘supermax’ facility. There is little expectation of a fair hearing.