Source found! “They tried to bury us. They didn’t know we were seeds.” | J.H. Fearless.

UPDATE (Jan 12 2015): The source of this quote has been discovered! It appears to have been written by Greek poet Dinos Christianopoulos. As a lyrical voice for the homosexual community in the 20th century, Mr. Christianopoulos has endured many instances where his work has been diminished or overlooked. Luckily he has a friend and supporter named Christos Paridis, who spotted this image and wrote to me with the original source.

These lines were written in the 1970s, and were directed at the literary community that had marginalized Christianopoulos’ writing. True enough, the poem was a seed, destined to sprout. Within a few decades, this phrase was picked up by the Mexican counterculture, written as

That’s how I came across it, on this Reddit thread. According to posters there, it’s been in use for many years in the Zapatista movement, and has come back into frequent use among protesters in recent civil unrest.

So how to reference this quote? It has changed, as ideas do, by being transferred to a new community – and with that change has come new meaning and new import. That’s the nature of a meme, I suppose.

But to Dinos Christianopoulos, seeing his poem misattributed is a knife in the side, especially after a lifetime of struggle to present his true, honest, naked self to a cruel and judgmental world.

Christos Paridis had this to say about Christianopoulos (rough translation):

He was the first to write homoerotic poetry in the early ’50s in the tradition of legendary Constantine Cavafy while he lived all his life in Thessaloniki, second biggest city of Greece in the north, criticizing the venerable names of Greek literature and never been promoted be a powerful publishing house. Instead he created a small one himself promoting poetry and folk culture. At the age of 84 today he enjoys at last  full acceptance by the state and the media while many of his short poems are widely known to all…

This “Mexican proverb” is actually a paraphrase of a two-lines poem of Christianopoulos. I think that someone read it in English translation and since it fitted perfectly with the students’ massacre of last November, he used it as a slogan in the October 31st demonstrations in Mexico City. Did anyone hear it before then ?

Here is the poem translated by Prof. Nicholas Kostis: “what didn’t you do to bury me / but you forgot that I was a seed”. Another one quite popular by graffiti artists:  “the sheep have gone on strike / they are demanding better slaughtering conditions”.

I won’t claim to have any power over how this quote appears on the Internet. I won’t pretend to believe that there is only one true way to express this idea. The reality is much more fascinating, and truly more ideal: a beautiful phrase by a gifted writer has become a rallying point for young activists around the globe. But as we celebrate what this phrase has become, let’s remember too where it came from.

I urge you to go read more about the poet Christianopoulos, and about the Mexican uprising. Happy reading.

Quote of the week. I tried to find the origin of this one, but only found that it dates at least back to the Zapatista movement in the 1990s.

Doesn’t matter. Posting this in reference to the student massacre, and in solidarity with Mexican protesters. 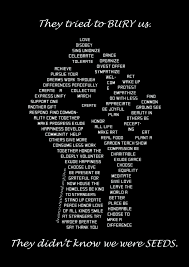 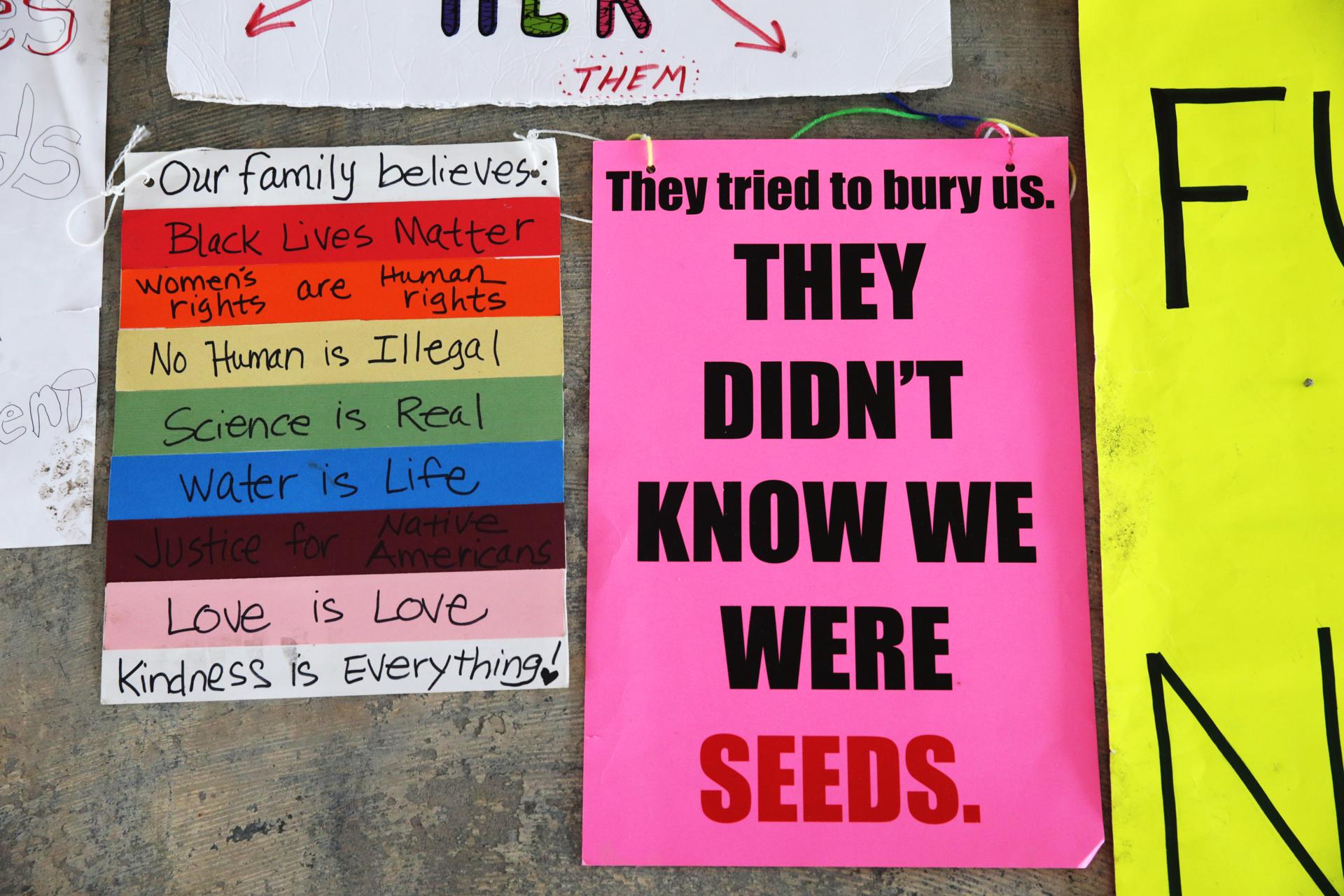 2 thoughts on ““They tried to bury us. They didn’t know we were seeds!” Source found!”