Ministers had been discussing a potential Commons motion with Labour MPs as recently as 10 days ago, but the government has undergone a change of heart after failing to win the support of sufficient Labour MPs to be confident that it can overcome what is likely to be a sizeable Conservative rebellion.

It is estimated that 20 to 30 Labour MPs would be prepared to vote in favour of strikes – about the same number of Tory MPs who would rebel against the prime minister. 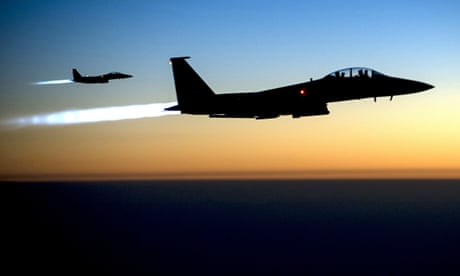 The Tories’ parliamentary majority of 17 means that, on paper at least, the prime minister could still prevail if the number of rebel Labour and Tory MPs cancelled each other out. But Cameron, who was badly burned after he failed in his attempts to win parliamentary approval for separate airstrikes against Bashar al-Assad in August 2013, is likely to be nervous about holding a vote when the numbers are so tight. He has previously said that he would only table a vote if there was a “genuine consensus” on the issue.

The change of heart in Downing Street has emerged as the Commons foreign affairs select committee expressed scepticism about the value of extending UK military action to Syria. The committee, chaired by the Conservative MP Crispin Blunt, concluded in a report published on Tuesday that any benefits from such action, such as the policy being welcomed by the US, were heavily outweighed by the negatives.

The report raised questions about the relevancy of RAF airstrikes in Syria. “Whilst our witnesses believed that a decision to extend airstrikes into Syria would be welcomed by ([the US-led) ] coalition allies, they did not consider it would have anything other than a marginal effect.”

It concluded the government has so far failed to make the case for intervention. The focus on extending airstrikes is described in the report as “a distraction” from the bigger issue of resolving the conflict in Syria..

The 28-page report concluded: “We believe that there should be no extension of British military action into Syria unless there is a coherent international strategy that has a realistic chance of defeating Isil (Islamic State of Iraq and the Levant) and of ending the civil war in Syria. In the absence of such a strategy, taking action to meet the desire to do something is still incoherent.”

The report raised questions about the relevancy of RAF airstrikes in Syria. “Whilst our witnesses believed that a decision to extend airstrikes into Syria would be welcomed by (the US-led) coalition allies, they did not consider it would have anything other than a marginal effect.”

2 thoughts on “#Cameron drops plans to hold vote on airstrikes on #Isis in #Syria!”