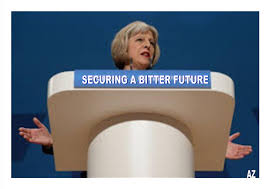 All that glitters is glib, not gold

Glittering Generalities is one of the seven main propaganda techniques identified by the Institute for Propaganda Analysis in 1938. A Glittering Generality is a device often used by the media and in political rhetoric to persuade us to approve and accept something without examining the evidence.

Glittering generalities are a logical fallacy, and although they are used by people who have no agenda and are sincere, they are very often used also by people who seek to curtail freedoms and sidestep accountability and stifle democratic processes.

As a propaganda technique, it capitalises on increasingly sloganised political discourses, leading to a loss of conceptual clarity, and a tendency for people to prefer simple, superficial and easy answers, rather than having to grapple with complexity, critical analysis and the need to weigh up evidence.

In fact it bypasses rationality altogether, by employing morally-laden or emotionally…