Just a Few Words, From God: On Iron ~ Supererogatory.

Stars are powered by fusion; in their superhot cores, the lightest elements are pressed together, by almost unimaginable force, into heavier elements, unleashing furious bursts of energy, which we perceive as light, though like the fullness of the world, we can only physically capture, through our eyes, part of this output. As stars die, they seek, almost like living beings, to desperately fuse, out of heavier elements, still heavier elements, but their cause is doomed. They die.

Some unimaginably—the weightiest become black holes, disappearing from our horizons—some spectacularly—they implode and explode—and some sadly—fading away, into small and pathetic things. But through their deaths comes life. Yours and mine.   It is fusion, and specifically the fusion at the desperate end of a star’s lifespan, that produces the heavier elements, which in turn have rained down onto Earth from comets and comes into us from afar—needless to say, these elements, which include the elements necessary for our existence, do not come “from” the Earth, but from the cosmos around the Earth.

It is not terribly inaccurate thus to say: Life here began out there.  (When I first posted this to Facebook, a friend added: Iron has the highest binding energy per nucleon, making it the most stable. When stars are making bigger and bigger elements from fusion, they eventually generate iron. However, since iron is so stable, it actually takes more energy to fuse iron into a heavier element. At this point, the star is unable to produce more energy, and it eventually collapses and dies because of this. So that verse in Surat Hadid is additionally significant because Iron specifically is the ‘strongest’ element from the perspective of stellar evolution.)

And then I came across the 25th verse of Surat al-Hadid, which includes this passage: ‘…And we sent down iron.’ Just like that. One simple verb, into which centuries of human knowledge are collapsed. God has spoken Truth. The Universe is His imagination, just as you and I are. Be and it is. And we are. The verb, “anzala” (anzalna, ‘We make descend’) is the same verb, from the same root, as we use for revelation—as in His Word, coming down to us via Muhammad, peace be upon him.

He sent down iron.

Muhammad Iqbal, the great South Asian philosopher, said the Qur’an includes 3 types of signs (in Arabic, ayahs): The verses themselves (ayahs), historical evidences, and the natural world. Literally then iron is a sign of His Will and His Presence, just as Revelation is, and both came to us from outside and beyond the world, and it is to that realm which we cannot perceive, but which we feel especially in this month, that we are called back. No matter what you are going through right now, and maybe you’re in a bad place, remember this.

He made you not for this place, but for another. And He calls us back.

May we be joined in the gardens beyond description and entered into the company of those we love and those we admire, and may we be given peace, may we be healed of all our hurts, forgiven all our wrongs, elevated beyond ourselves, and given fullness and fulfillness in His shade. On these nights, when the heavens are apparent to us—step outside the mosque, and look up, just for a moment—think of what he sends down for us, and how this speaks to His creation of us, but what comes down comes down only for this reason: For us to ascend. 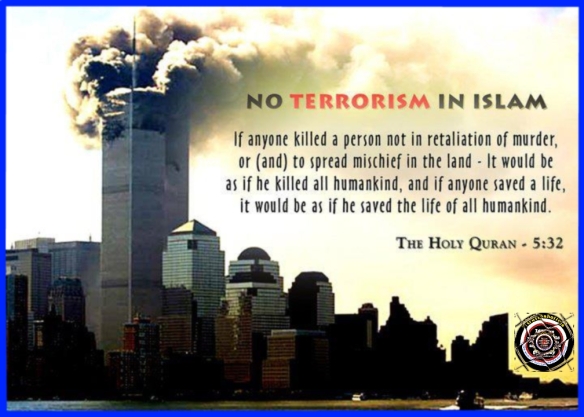