Plans to reduce legal aid are an unwarranted assault on the very nature of our legal system.

The sword and scales of justice statue atop the Old Bailey Photograph: Dan Chung for the Guardian

Not once does the word “innocent” appear in the Ministry of Justice‘s 161-page proposal to remove legal aid from defendants. The British right is no more troubled by the notion that citizens are innocent until proved guilty than it is by the thought that wealth should not determine access to the law, or that the police can fit up suspects or that the state can behave unjustly and that the best way to keep it honest is to expose it to constant scrutiny.

You hear the powerful’s impatience with accountability everywhere in the statements of ministers. “What we mustn’t do is just leave untouched a system that has grown astonishingly, making the poor extremely litigious,” said Ken Clarke when he was justice secretary. Defendants don’t need a “Rolls-Royce” service, says his successor, Chris Grayling. Trust the benevolence of the bureaucracy, they seem to whisper. Believe in its procedures. No one but cunning criminals or greedy lawyers objects to protecting it from challenge in the courts.

The coalition has already ensured that redress is impossible in many areas of acute concern to the supposedly litigious lower orders. It has put the poor beyond the law by removing legal aid for employment, housing, family law, debt, social welfare and medical negligence. The patient whose health is wrecked by the NHS, the disabled man falsely classified as fit for work and the tenant the council was prepared to leave in a flat unfit for habitation can no longer bother the authorities with legal actions. The Law Society estimates that 650,000 cases a year won’t qualify for legal aid in future.

Without money, most people will not go to court and those with power to harm or control them will be emboldened. On its own, this is an extraordinary denial of access to justice. But the government is not stopping there. Judicial reviews of decisions by government, local government and quangos will be the next target. Investigation by the judiciary causes “uncertainty for public authorities”, Grayling said, and the convenience of the authorities must come first. Then prisoners will lose legal aid so they cannot challenge their treatment in jails. Then the government will turn to the liberty of the citizen and slash support for defendants and remove their right to choose a solicitor they trust to represent them in criminal cases.

About 1,200 of the 1,600 solicitors’ firms that rely on legal aid will close – maybe more – leaving the way open for Capita or Serco to bid for the right to have local monopolies of cut-price legal advice, in which the only way they can make a profit is to persuade clients to plead guilty.

Do not think that the government means only to hurt the poor. It is removing subsidies from all defendants in criminal cases who come from a household with a disposable income of more than £37,500, that is, from most of the middle class, many of whom will start to think about defending themselves.

The law is receiving the same treatment as journalism. Every reporter knows that a great silence has fallen over the coercive arm of the state. Police, prison officers and soldiers won’t talk to the press for fear of the sack and, possibly, prosecution for misconduct in public office. In his sinister report, Lord Justice Leveson told a grateful government there was no need for police whistleblowers to go public.

They, too, should believe in the benevolence of the bureaucracy and report their concerns on internal hotlines to the appropriate manager, who would, we could be sure, act to clean up the force. Now, the Ministry of Justice is following Leveson and telling prisoners that they have no reason to go to courtto complain about mistreatment or violence. Why wash the state’s dirty linen in a public courtroom when the prison service’s internal procedures can deal with any justified grievance?

If Britain had a liberal constitution, or any kind of constitution, the proposals would be seen for what they are: an assault on fundamental rights that shifts power from the individual to the state. The coalition has got away with it because of a fair amount of outright lying by the government and its supporters in the press. They say they are taking on rich lawyers who have grown fat at the public’s expense. They must know this is not true. Theaverage earnings of a legal aid lawyer is £25,000, compared with a nurse’s £29,500, a teacher’s £34,000, and an MP’s £65,000 (before expenses). The last increase in magistrate court fees was in 1993. There has been nothing but cuts since then.

You can tell from their shifty behaviour that ministers know they are engaged in dirty work. They are not bringing an act before parliament or pilot-testing their programme. You can also understand why they never mention the presumption of innocence. If police and prosecutors charge a man, the assumption of the government is that he is guilty. To their minds, the criminal justice bureaucracy is as benevolent as every other arm of the state. Those who challenge it must have low motives.

Hence the plans to provide financial incentives for lawyers to betray their clients. Lawyers will receive a flat-rate fee regardless of whether defendants. plead guilty or not guilty. As guilty cases are cheaper, the new monopoly companies will have every reason to persuade people to avoid a case that would eat into their profits. Rival firms of solicitors that don’t win contracts will go bust, so the next time the government puts the contracts out to tender it may well find that it is no longer a buyer’s market. The quality of lawyers prepared to undertake poorly paid and precarious criminal work will decline, as, in the long run, will the quality of judges who come up from the courts.

While we await the consequences for the rule of law, we can look at the chasm that separates the theory and practice of the right. Conservatives and Liberal Democrats say they believe in choice and competition. But they are removing them from the law. They say they support small business. But they are closing small legal businesses. They say they are against the over-mighty state. But they are rigging the system to allow the state to escape scrutiny.

On one point, however, the right is being true to itself. It is engaging with relish and vigour in a class war from above. As Francis FitzGibbon, a criminal QC, put it to me: “In the new world, the rich will have all the justice money can buy. The rest of the population will be stuffed.” 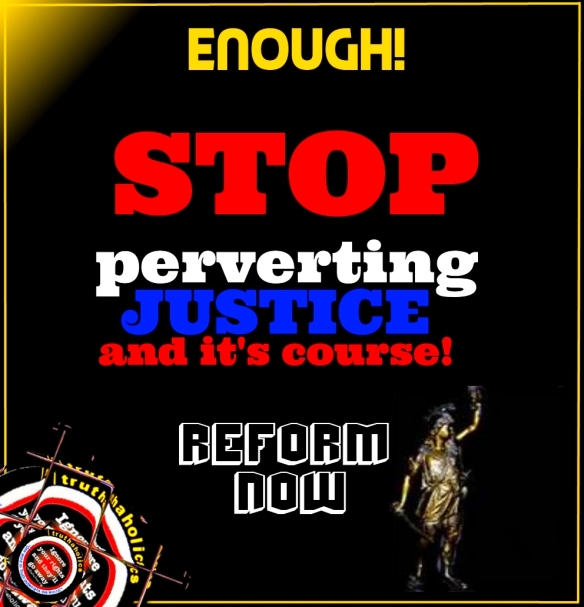