The US authorities at Guantanamo have publicly denied that they are force feeding hunger-striking detainees. Meanwhile detainees continue to describe being force-fed.

In a BBC Radio 4 Today report from the prison, Colonel John Bogdan – who is in charge of the prison camp – denied that the US is force-feeding detainees on hunger-strike. When BBC reporter Jonathan Beale, reporting from the camp, said:“I’d call it force-feeding” Colonel Bogdan, replied: “It’s a bit of semantics…it is a medical procedure. We do this enteral feeding to regular patients in regular hospitals who need to be fed.”

Marine General John Kelly – Chief of the US Southern Command – also recently denied that the US engages in force-feeding, a practice denounced by the American Medical Association, the World Medical Association and the UN, saying: “We don’t force-feed right now at Gitmo.”

Yet detainees who are being force-fed continue to describe the process to their lawyers in phone calls, letters and during legal visits.  Up to 140 detainees are now on hunger strike and the force-feeding figures are steadily rising – to 41 in the main camps this morning, according to the US military.

Another of Reprieve’s clients, Ahmed Belbacha, has said: “Later, they began feeding me through the nose The guard entered the tube through my nose, and then pumped the feeder. The food rushed into my stomach too quickly and I started to feel ill. I asked him to reduce the speed. He not only refused, but tried to turn it up.”

In a recently published op-ed in the New York Times, Samir Mokbel described the process: “I will never forget the first time they passed the feeding tube up my nose. I can’t describe how painful it is to be force-fed this way. As it was thrust in, it made me feel like throwing up. I wanted to vomit, but I couldn’t. There was agony in my chest, throat and stomach. I had never experienced such pain before. I would not wish this cruel punishment upon anyone.”

Cori Crider, Reprieve’s Strategic Director and counsel for several hunger-strikers, said: “If the commander-in-chief calls it force-feeding, you’d think those below him would take note. Instead the military ‘PR’ strategy is to peddle an alternative reality that no one believes. My clients are protesting their indefinite detention using the only tool at their disposal: a hunger strike. They don’t want to be fed. And yet detainees are being brutally force-fed. It’s a fact.”

2. Reprieve, a legal action charity, uses the law to enforce the human rights of prisoners, from death row to Guantánamo Bay. Reprieve investigates, litigates and educates, working on the frontline, to provide legal support to prisoners unable to pay for it themselves. Reprieve promotes the rule of law around the world, securing each person’s right to a fair trial and saving lives. Clive Stafford Smith is the founder of Reprieve and has spent 25 years working on behalf of people facing the death penalty in the USA.

Human rights lawyers and activists have lobbied US Defense Secretary, Chuck Hagel to end the use of a method of force feeding being used against Guantnamo hunger strikers, which they state is a form of cruel, inhuman and degrading treatment.

100 of the 166 detainees are now on hunger strike. Detainees are being shackled to a chair, fitted with a mask and have tubes inserted through their nose and into their stomachs for up to two hours at a time. Detainess desribe the practice as excruciatingly painful. This method violates the Geneva Conventions.

Lawyers for the detainees also state that they are being threatened with humiliating body cavity searches if they wish to have any contact with their lawyers, a practice condemned as sexual abuse. 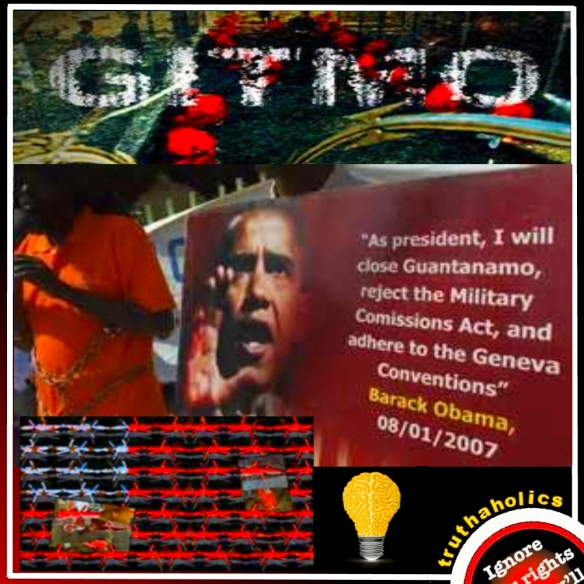 1 thought on “| Enterally feeding: US denies what detainees clearly describe as Gitmo force-feeding!”