The US is the Don Corleone of international politics

A supporter of Venezuelan President Hugo Chavez hangs a pair of shoes at the front of the US embassy in Caracas. (AFP Photo / Juan Baretto)

South America – Venezuela in particular – has been the target of a coordinated campaign by the US government and private industry over the past few years. But those of us who have been paying attention know this is nothing new.

WikiLeaks recently published new documents showing that US global intelligence corporations like Stratfor and its foreign offshoot CANVAS worked hard over the past decade (aided and abetted by US Government agencies) in a failed attempt to overthrow Venezuela’s democratically elected president Hugo Chavez.

Meddling in the ‘Backyard’

The US corporate over-world has always worked closely with the CIA, the State Department and the Pentagon promoting the overthrow – known as “regime change in rogue states” – of governments that do not automatically align to US interests; or, better said, of governments that do not automatically align with the interests of the supra-national global power elite that is deeply embedded inside private and public power structures in the US.

This has been especially true throughout Latin America, traditionally America’s geopolitical and economic backyard, from Mexico to Tierra del Fuego.

For example, September 11th of this year (of all dates!) marks the 40th anniversary of the CIA-backed, financed and orchestrated overthrow and assassination of Chile’s democratically elected president, Salvador Allende.

Allende was replaced by a pro-US and pro-UK military junta headed by General Augusto Pinochet.  At the time, private corporations like ITT worked hand in hand with CIA operatives promoting strikes, social turmoil and waging psychological warfare through the local media.  Then it was Chile; now it’s Venezuela.

In fact, the 1970s and 1980s saw the Kissinger-designed and executed ‘Condor Plan’ finance and diplomatically support various military coups and regimes not only in Chile but in Argentina, Bolivia, Uruguay, Paraguay and other countries in the region.

Such US-UK support for authoritarian and criminal regimes would only stop when some Latin American general like Argentina’s General Leopoldo Galtieri went too far by doing something really stupid, like Argentina’s 1982 invasion of the Falkland Islands.

Relatives of Argentine soldiers who died during Argentina’s 1982 war over the Falkland Islands decorate tombs at a cemetery. (AFP Photo / Angeline Montoya)

Barring that, all those US-backed coups used local military strongmen trained in the US Military’s School of the Americas in Panama to do as they pleased in their local countries, as long as: (a) they kept those countries aligned to US geopolitical imperatives which during the Cold War meant being staunchly anti-Communist; (b) accepted Chicago-Boys-style financial dependency and artificially created public debts; (c) kept local populations in permanent fear and thus‘disciplined and orderly.’

Since the fall of the former Soviet Union, however, these tactics changed dramatically.  Now US control over Latin American countries is centred on promoting ‘democracy.’ Well, actually, “the kind of democracy that we want to see,” as Hillary Clinton so eloquently put it when visiting ‘Arab Spring Egypt’ back in March 2011.

US Secretary of State Hillary Clinton (C) shakes hands with Egyptians as she takes an unannounced walk through Tahrir Square, the epicentre of the 18 days of protests that overthrew long time ally Hosni Mubarak, on March 16, 2011. (AFP Photo / Paul J. Richards)

Such money-controlled democracy is, of course, no democracy at all, but rather an obscene money-sloshing and media clownery system that catapults their favourite candidates into local positions of power.

When the US has its way as in Mexico, Colombia and Chile, and their candidates win local elections, then it’s all business as usual.

But when growing political awareness among the local populace elects presidents into power who prioritize the local national interest as in Ecuador (who just re-elected their fine president Rafael Correa), Bolivia (Evo Morales) and, most notably, Venezuela with Hugo Chavez, then the ‘regime change’ mega-juggernaut comes into full action.

Recent WikiLeaks documents released on Venezuela describes Stratfor as “a company that fronts as an intelligence publisher, but provides confidential intelligence services to large corporations such as Bhopal’s Dow Chemical Co., Lockheed Martin, Northrop Grumman, Raytheon and government agencies, including the US Department of Homeland Security, the US Marines and the US Defence Intelligence Agency.”

The filtered emails cover a wide range of issues on the energy sector, especially oil; political change and the state of right-wing forces inside Venezuela; and the state of the country’s armed forces. They also refer to Venezuela’s relations with Cuba, China, Russia and Iran, and provide bleak projections for the economy and the financial sector.

The Serbian-based and US-supported Center for Applied Non-Violent Action and Strategies (CANVAS) is yet another such ‘global intelligence’ front of what, in practice, are organizations specializing in engineering social turmoil – even civil war – as countries like Serbia, Libya, Afghanistan and Syria have painfully learned.

The leaked emails from CANVAS had them explaining their recommended strategy for toppling governments, as in one revealing message to Stratfor:

“When somebody asks us for help, as in Vene (sic!) case, we usually ask them the question ‘and how would you do it?’. That means that the first thing is to create a situational analysis (the word doc I sent you) and after that comes “Mission Statement” (still left to be done) and then “Operational Concept”, which is the plan for campaign… For this case we have three campaigns: Unification of opposition, campaign for [September 2010 parliamentary elections] and parallel with that a ‘get out and vote’ campaign.”

Stratfor’s founder and chairman is one George Friedman, who is regularly interviewed in the Wall Street Journal, CNBC and CNN and is advisor to JPMorganChase, CitiGroup and Ernst & Young.  Stratfor’s president & CEO is Shea Morenz, who for many years was a senior officer at Goldman Sachs.  Not exactly corporations and megabanks bent on promoting the common good of the people of Venezuela, or of any other country in Latin America or elsewhere.

Clearly, there are no sharp lines separating these private intelligence publishers and analysts, think tanks like the Council on Foreign Relations, RAND Corporation, National Endowment for Democracy and major corporations, from public US-Government agencies like the CIA, NSA, USAID and the State Department.

In fact, throughout Latin America, lucid political observers will always keep an eye on what ‘La Embajada’ is up to. ‘La Embajada’ is Spanish for ‘The Embassy’ –  not just any embassy, of course, but the local Embassy of the United States.

No surprise then to learn that this batch of WikiLeaks documents reveals US-based firms working to overthrow Hugo Chavez by assisting and financing opposition candidates like Henrique Capriles Radonsky, who was Chavez’s main opposition candidate, coming in second place in last year’s presidential elections.

Capriles Radonsky is strongly backed by US, European and Israeli  interests, thanks to his notable alignment to those countries’ objectives in Venezuela and the region.  Of Jewish background – in a country with a very tiny Jewish community – Radonsky promises to steer Venezuela away from the close ties forged by Chavez with Iran, Cuba, Russia, China and (until it was overrun and destroyed by NATO) also Libya.

Due to President Chavez’s ailing health, this public-private US initiative is again hard at work promoting all opposition forces inside Venezuela, whilst they eagerly await good news (for them) about president Chavez’s condition, hoping that he may have to relinquish the presidency he won late last year, which would mean new elections in a Venezuela without Chavez.

That would spell real tragedy for that country, as the US public-private initiative would again go into full ‘lets-get-our-boy-into-the-Miraflores-presidential-palace-in-Caracas’ Mode.

A tragedy not just for Venezuela but for the entire region as well, where the US continues holding full sway in countries like Colombia – whose president Juan Manuel Santos is a member of the Rockefeller-funded, New York-based ‘Americas Society’ that promotes in-roads into Latin America for the powerful Council on Foreign Relations, whose head office is just across the street from them on Park Avenue at 57th Street. And Mexico recently elected pro-US rich-boy Enrique Peña Nieto as president. Two countries where it’s business as usual.

In advising on how to engineer destabilisation, CANVAS told Stratfor, that “We only give them the tools to use.” Referring to the 2010 parliamentary elections, they wrote, “This year we are definitely ramping up activity in Venezuela… they have elections in September and we are in close connection with activists from there and people trying to help them (please keep this to yourself for now, no publication). The first phase of our preparation is under way.”

So, this is “the kind of democracy the US wants to see.” Or, as Don Corleone in ‘The Godfather’would recommend to agents and operatives if he sat in the State Department or the CIA: “Make it look like a democratic election.”

Maybe Corleone’s best disciples are actually running the show after all. 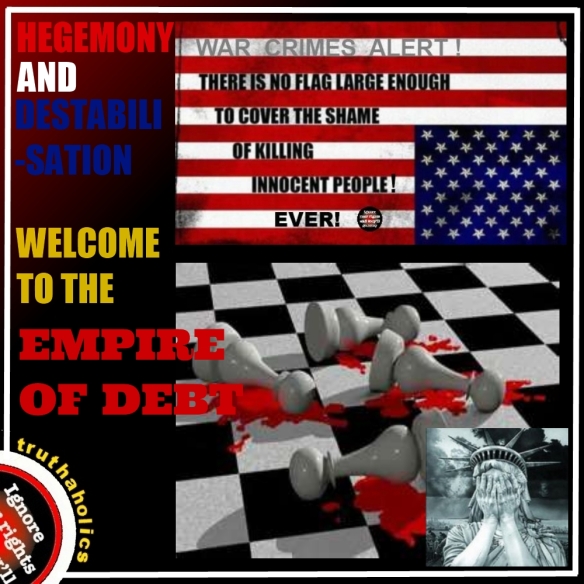 1 thought on “| The US is the Don Corleone of international politics!”