Israel never embraced democratic values. More than ever today that’s true. Many Jews understand. As a result, they’re voting with their feet and leaving.

Gideon Levy remarked that “(i)t’s really an irony of history, because Israel was established to become a shelter to the Jewish people. Now Europe becomes a shelter for the Jews living in Israel.”

“….this is not the same country I moved to, so long ago. I learned when I first came that Israel was not the country I’d thought I was moving to.”

Now it’s worse than ever because “Israel at its highest level has taken an executive decision. Unable to beat the forces who want to see Israel as one of the world’s primary pariah states, it has resolved to join them” and succeeded.

With its paymaster/partner America, it’s out in front leading. Growing numbers know it, Jews and non-Jews alike. A 2008 Menachem Begin Heritage Center survey showed 59% of Israelis consider leaving by inquiring about foreign citizenship and second passports. Growing numbers hold them.

In 2005, the Israel Central Bureau of Statistics said 650,000 Israelis away for over a year haven’t returned. Most were Jews.

Moreover, as greater numbers leave, most remaining are ideologically committed. Many of them are fanatics. Others are indifferent, aging, unable to leave, or aren’t sure where to go. Emigrating abroad isn’t simple. Cost is a factor. Uprooting takes a toll. So does adjusting.

Nonetheless, growing numbers leave because social injustice is official policy. So is state terror. Israel’s a regional menace, a belligerent modern-day Sparta, a rogue pariah endangering its own people like others. As a result, many Israelis fear living in the eye of the storm. Daily examples show why.

On November 19, Israel shut Palestinian-Israeli broadcaster Kol Hashalom (Whole Peace), claiming it operated without proper licensing – “despite the fact that the station broadcasts from the West Bank and is not under Israeli jurisdiction.”

“The Ministry carried out wireless supervisory activities in cooperation with the Israel Police against a pirate radio station, just as it carries them out against all other illegal stations.”

Last summer, he invited Glenn Beck to appear before his Knesset committee and was involved in his “Restoring Courage” Jerusalem tour that spread the same kind of demagogic hate-mongering he does in America.

The entire process was stillborn from inception. Israel thrives on conflict. Enemies are needed to pursue it. None exist so Israel invents them. Palestinians and regional neighbors are targeted.

Concern was raised about more Palestinian journalist arrests in Jerusalem and the West Bank. RSF said Israel is taking “a tougher line….toward the Palestinian media.”

In the past week alone, Israel arrested and detained five Palestinian journalists in prison for doing their job.

Punishing Palestinians for Being Arabs

After Amenzil village had solar panels installed, its residents had electricity for the first time. Nonetheless, “Israel issued a military injunction” to remove them.

“(T)hese solar panels were the ray of hope to residents. We have been living here since 1948, and have nowhere to go.”

Amenzil is one of many so-called unrecognized villages. Israel denies them basic services, including electricity, water, roads, transport, sanitation, education, healthcare, postal and telephone service, refuse removal and more because under its Planning and Construction Law their illegal even though Bedouin Arabs are Israeli citizens.

They’re internal refugees, forced from their homes during Israel’s “War of Independence” and prevented from returning. They’re also repressively mistreated, including by dubious zoning restrictions, prohibiting construction, agriculture, and other legal rights.

Moreover, many villages are destroyed, their residents displaced to make way for Jewish only development.

A Spanish official in charge of the solar panel installation said permission was requested to proceed. Israeli authorities never responded. The Israeli Civil Administration said Seeba may appeal, but “refused to present its case in front of the Appeals Committee.”

However, Israel’s military authority may reconsider the ruling, saying approvals “must be directed through legal channels.”

Given Israeli repression and protracted bureaucratic process, most likely months or years of trying will end up fruitless. 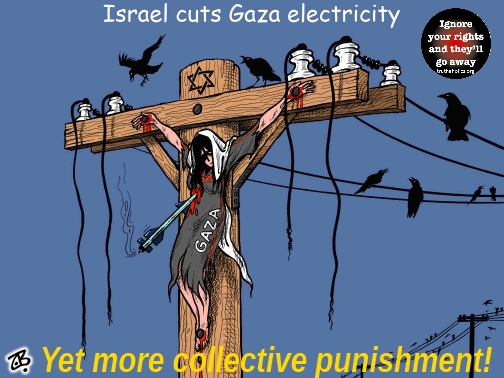 In response to Israel’s Knesset attempts to silence dissent, limit free expression, and wage war on civil society organizations, B’Tselem published a joint statement issued by 19 of them affected.

B’Tselem, the Association for Civil Rights in Israel, Physicians for Human Rights/Israel, Adalah, Yesh Din, Rabbis for Human Rights, and others expressed solidarity with activists and organizations “subjected to threats and acts of violence” by a state claiming to be democratic. “These acts are intended to intimidate us all and silence our voices.”

Authorities committing daily repression won’t “refrain from inflicting bodily, even life-threatening harm on Palestinians and Israelis whose views and actions they consider objectionable.”

In fact, doing so is longstanding official policy. Today, it’s more ruthless and unrestrained than ever.

No wonder so many Jews vote with their feet and leave.

Stephen Lendman lives in Chicago and can be reached at lendmanstephen@sbcglobal.net.