Palestine – What Next? ~ Alan Hart

In advance of the formal burial of the Palestinian Authority’s bid for state recognition at the UN, BBC Radio 4′s flagship Today programme was on the right track. In his introduction to a quite revealing report, presenter John Humphrys said reporter Kevin Connolly had gone to Israel to find out “what hopes there are, if any, for the establishment of a Palestinian state.”

Among those Connolly interviewed were Akiva Eldar, the Ha’aretz columnist who has been a constant critic of Israel’s settlement policy. He said. “The settlers have won and Israel has lost… Israel must now live with the consequences.”

As I have written from time to time in the past, the possible consequences include Israel tearing itself apart in a Jewish civil war; Israel going down and taking the whole region with it; and/or a final Zionist ethnic cleansing of Palestine.

If I take it as a given (I do) that Israel’s leaders are not remotely interested in peace on terms that would satisfy even minimum Palestinian demands and needs for justice, and that as things are the major powers will continue to allow Zionism to go on calling the policy shots, the question arising is this: What can the Palestinians do themselves to advance their cause?

It’s not for the gentile me to tell the Palestinians what to do but if I was a Palestinian the following is what I would want to happen.

The first and immediate priority – the dissolution of the PA, effectively making Israel fully and completely responsible and accountable for its occupation. Having to take complete responsibility would be quite costly for Israel financially and in terms of the additional call on its security resources. And in theory it ought to be less difficult (at present it’s impossible) for the Palestinians, with the assistance of concerned and caring agencies and governments, to hold Israel accountable to international law for its occupation policies and actions.

Why should the PA be dissolved? Apart from the fact that it’s corrupt and useless, the short answer is in two parts.

One is that under the leadership of Mahmoud Abbas and his Fatah cronies, the PA’s main role has been to keep the Palestinians, Hamas supporters on the West Bank in particular, under control for Israel. In that context the PA has been more or less a quisling authority, collaborating with Israel, and by so doing it has undermined the liberation struggle.

The other is that under Abbas’s leadership the PA has subverted Palestinian democracy. He was elected as chairman in January 2005 for a term of four years which expired in January 2009. There should then have been new elections. In the absence of them Abbas and his PA are without legitimacy and thus any real mandate to represent the occupied and oppressed Palestinians.

Abbas’s response to the statement by the Security Council’s admissions committee that it had failed to reach agreement on the PA’s bid for full membership and state recognition was to say that he would “keep on trying.” He also ruled out the possibility of dissolving the PA.

I think it’s not unreasonable to speculate that his prime concern is to preserve the good life and privileges he and his Fatah leadership colleagues enjoy. Arafat was never a member of the discredited Arab Leadership Club. Abbas is a fully paid up member. On reflection I also think his decision to seek UN recognition of a Palestinian state was entirely self-serving. He knew the bid could not succeed but he calculated, correctly, that it would focus global attention on the Palestinian cause in a way that would improve his low standing in the eyes on his people. It did but only briefly.

Obviously the dissolution of the PA will only happen if enough Palestinians demand it. But in my view it’s not only the occupied and oppressed Palestinians who need to do the demanding. In my view it’s time for Palestinians everywhere to become engaged by peaceful and democratic means in the struggle to end the Zionization of their homeland and secure their rights. Put another way, if the Zionist colonial project is to be contained and defeated, the incredible, almost superhuman steadfastness of the occupied and oppressed Palestinians must now be supplemented by practical, effective and co-ordinated Palestinian diaspora action. For what purpose?

Not only to bring about the dissolution of the PA but to have it replaced as soon as possible by a re-structured and re-invigorated PNC (Palestine National Council). Once upon a time this now side-lined, parliament-in-exile was the supreme decision-making body on the Palestinian side. Even Arafat was accountable to it. (It did, in fact, take him six long years to persuade a majority of PNC delegates representing Palestinians nearly everywhere to endorse his policy of politics and compromise with Israel. That happened towards the end of 1979. The PNC vote in favour of Arafat’s policy – the two-state solution – was 296 for it and only four against. From then on the Palestinian door was open to peace on terms which any rational government in Israel would have accepted with relief). 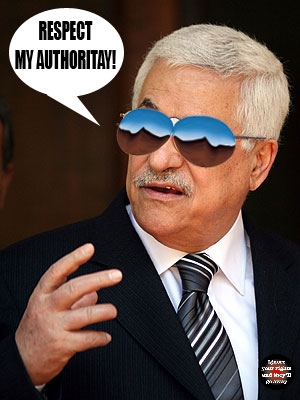 For the PNC to be brought back to life re-structured and re-invigorated, there would have to be elections to it in communities/constituencies throughout the Palestinian diaspora. The following by country and numbers of Palestinians is the most recent available estimate of its composition that I am aware of.

That global spread of the original (1947/48) and subsequent (1967) Palestinian refugees and their descendants is an awesome tribute to the success of Zionist ethnic cleansing.

The prime task of a re-structured and re-invigorated PNC would be to debate and determine Palestinian policy and then represent it by speaking to power with one credible voice. That, I believe, would significantly improve the prospects for getting a real peace process going. By definition a real peace process is one that would require the major powers led by the U.S. to confront the Zionist monster. 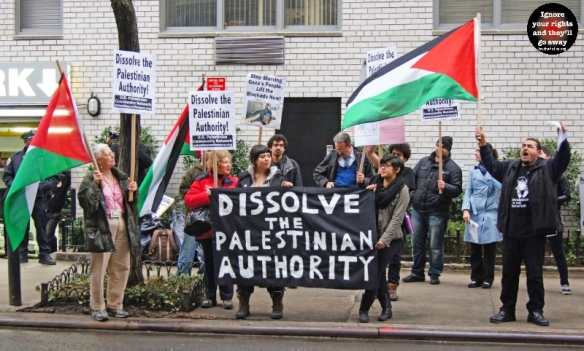 The organizational effort required to bring the PNC back to life, re-structured and re-invigorated, is massive, but what might have taken years in the past could be done in months by making best and most effective use of the internet.

If diaspora Palestinians do not now make the effort and put their act together, I think it’s possible, even probable, that future Palestinian historians will conclude that they betrayed their occupied and oppressed brothers and sisters as much as the regimes of an impotent, corrupt and repressive Arab Order did.

Alan Hart has been engaged with events in the Middle East and their global consequences and terrifying implications – the possibility of a Clash of Civilisations, Judeo-Christian v Islamic